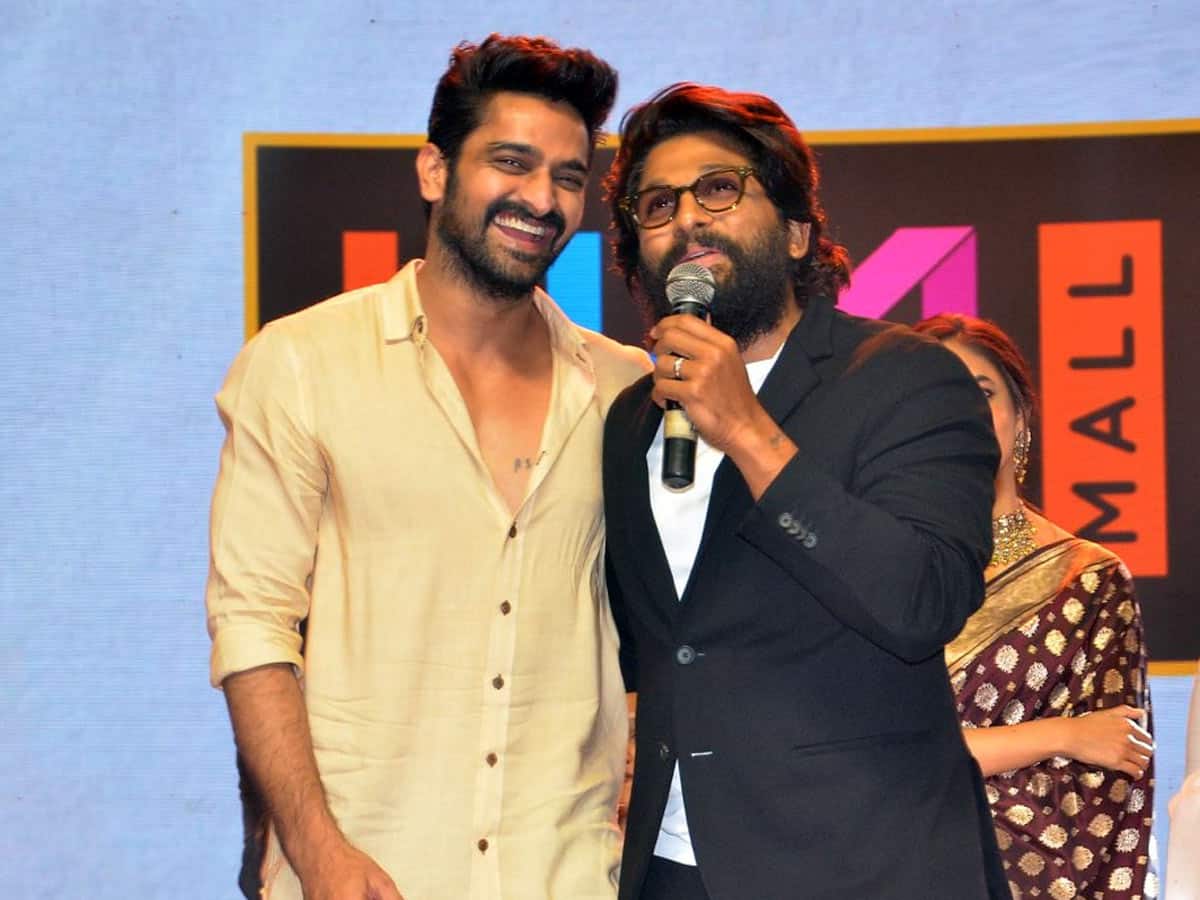 Naga Shaurya said, “I confidently say that, Varudu Kaavalenu will become a hit. There is a woman behind success of every man. But, we are there, behind the success of Sowjanya akka. Ritu Varma looks beautiful in saree and I conveyed the same to her on first day of the shoot. Nadhiya garu pulled the character with ease. The one character that moved me in the film is Murali Sharma. There is one dialogue in the film, which will hit you right away.

I asked my friend, where to learn dance, when I was planning to enter the films in 2009. They referred Bunny shed. Though his left hand was injured, Bunny was dancing with full energy. He was practicing dance for Varudu. Anna, you’re an inspiration for our generation. There is lots of hard work behind he becoming an Icon Star. Romantic will be releasing along with Varudu Kaavalenu. I wish success for both the films.”

Trivikram Srinivas said, “Digu Digu might be your favorite song in the film. But, a flashback song releasing tomorrow is going to be very big. I watched Varudu Kaavalenu and I’m pleased with the work of Naga Shaurya, Ritu Varma, cinematography, dialogues. You’ll remember Nadhiya and Murali Sharma’s characters for long. The stories like Varudu Kaavalenu are close to heart. Sowjanya won half battle with the story, while she won the full battle with right cast and crew. Although the film got delayed for 2 years, due to lockdown, the entire team maintained same tenacity.”

Allu Arjun said, “Like my daughter, every kid is enjoying Digu Digu song. I came to know that Thaman scored the song. I watched almost every film of Naga Shaurya. There is innocence in his acting. I indeed like his innocence. I like to congratulate Shaurya for making his own mark in the industry. I like Ritu Varma, since her first film. I basically like dignity in women. I like Ritu’s dignity. She looks beautiful in the film. I’m very positive about the film. It’s very nice to see a women director.

After Geetha Arts, this is my other home banner. Vamsi has been making some good films. I wholeheartedly congratulate Vamsi for the National Award. Chinna Babu talks less, but he gives lots of love. Romantic is also releasing along with this movie. I wish both the films become big hits. I hope, it’s a win-win situation for both the films.

Pushpa is releasing in the end of this year and I hope everyone will like it. We put in our best efforts for the film. I wish the entire Indian film industry all the best. I hope with this Diwali, whole Indian cinema will get back into business again, after Diwali.”