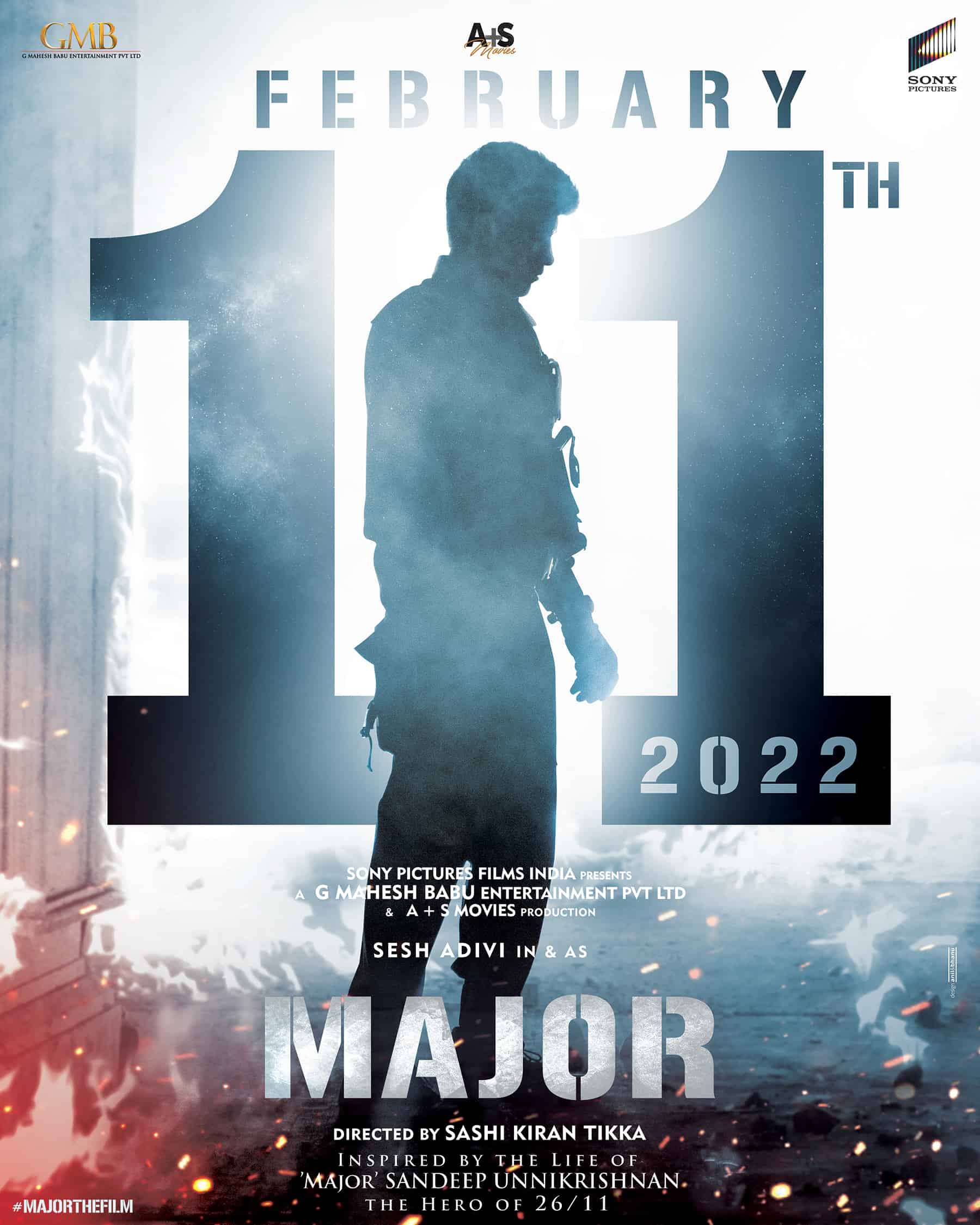 The most ambitious project of Adivi Sesh- Major is done with its shoot and the makers today announced the film’s theatrical arrival date, through a making video. Sashi Kiran Tikka’s directorial will be releasing in Telugu, Malayalam and Hindi languages on February 11th.

It will be a solo release for the movie in Telugu, though it will face big challenge from Aamir Khan’s Laal Singh Chaddha arriving on Feb 11th. However, Major too will have fair chances in Hindi, as it is a patriotic film and the promotional content got overwhelming response in all the languages.

The kind of efforts the team put in for Major can be witnessed in the making video that also announces number of working days, sets and locations to shoot the movie. Saiee Manjrekar has played Sesh’s love interest, while Sobhita Dhulipala will be seen in an important role in the film.

It is known that Major is a biopic on 26/11 martyr NSG Commando Sandeep Unnikrishnan.