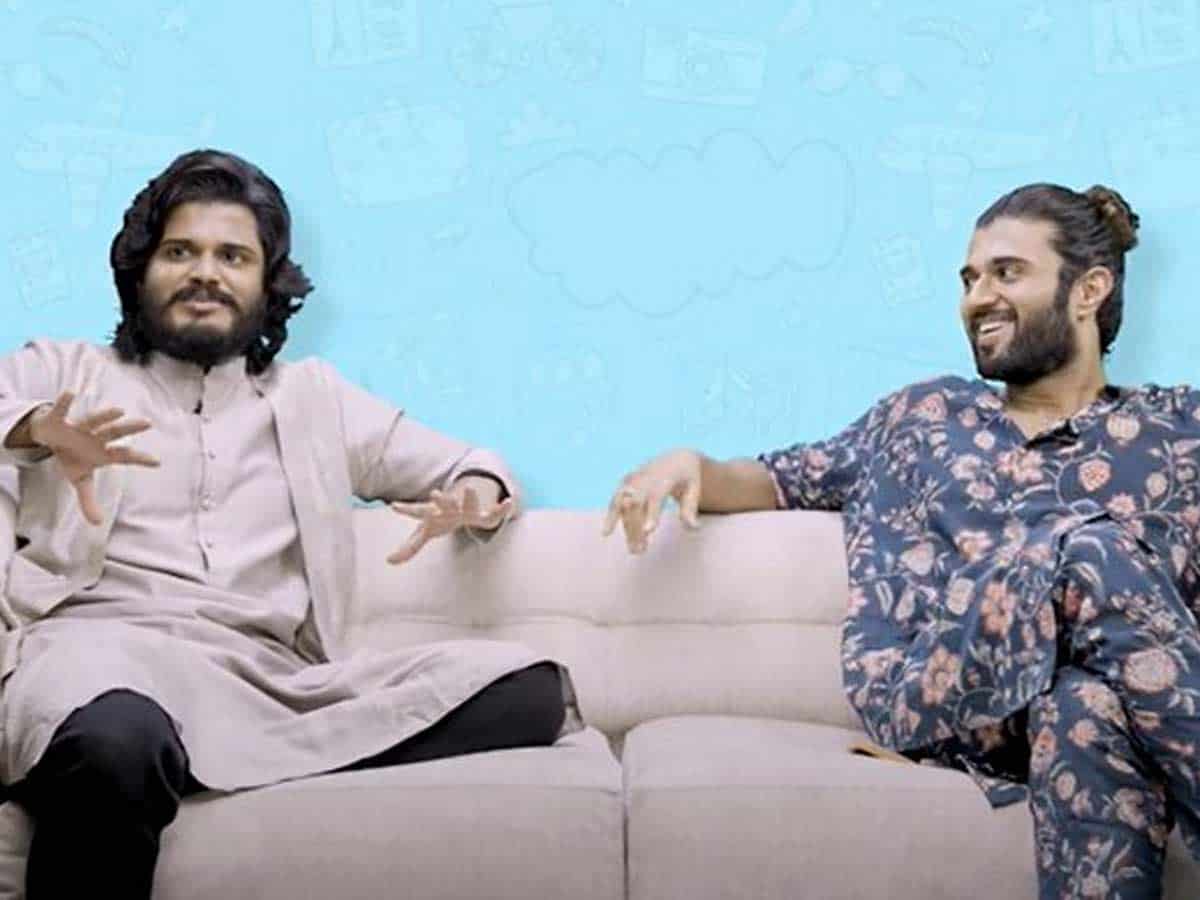 Vijay Deverakonda has been actively promoting Anand Deverakonda’s upcoming film Pushpaka Vimanam. He also produced the film, which is billed to be a comedy caper. In the latest promotional video, Vijay and Anand answer the most asked questions pertaining to Pushpaka Vimanam on Google.

“I liked Pushpaka Vimanam’s script right in the first hearing. But Anand was the one who picked the story. It is a proper comedy thriller and it has what it takes to keep everyone engaged,” Vijay added.

About his first salary Anand says his job in the USA used to pay him roughly Rs 35-40 lakh. “When I first said Vijay I’d like to become an actor he laughed and thought it was a joke.” Anand said.

Pushpaka Vimanam is slated for theatrical release on the 12th of November. The film is directed by Damodara and it has Geeth Saini, Saanve, Sunil, and others in important roles.