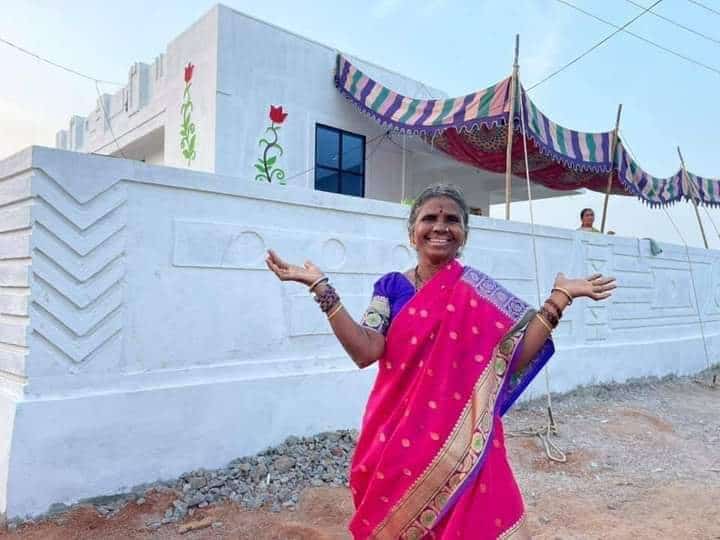 Popular YouTuber Gangavva’s dream turned into reality. Gangavva who shot to fame with ‘My Village Show’ long pending dream was to own a house. Having starred in the previous edition of the reality show, ‘Bigg Boss’ Gangavva expressed her wish before Nagarjuna and the actor assured to support her.

Keeping his word, Nagarjuna provided financial assistance in his capacity and the rest were managed by Gangavva. The construction began right after the show’s conclusion and on Tuesday she hosted the house warming ceremony. Sharing the pictures on Instagram, Gangavva thanked Nagarjuna for all the help.

Gangavva hails from Lambadipalli village of Jagityal district, Telangana. Nagarjuna reportedly made a contribution of Rs 7 Lakh while she earned Rs 11 Lakh from the Bigg Boss show. She borrowed Rs 3 Lakh as debts and oversaw her dream turning into reality.

Gangavva sets a good example that it’s never too late to dream big and work towards them.