Just In Case They Come To Arrest Me.. : Kangana Shows Her Back 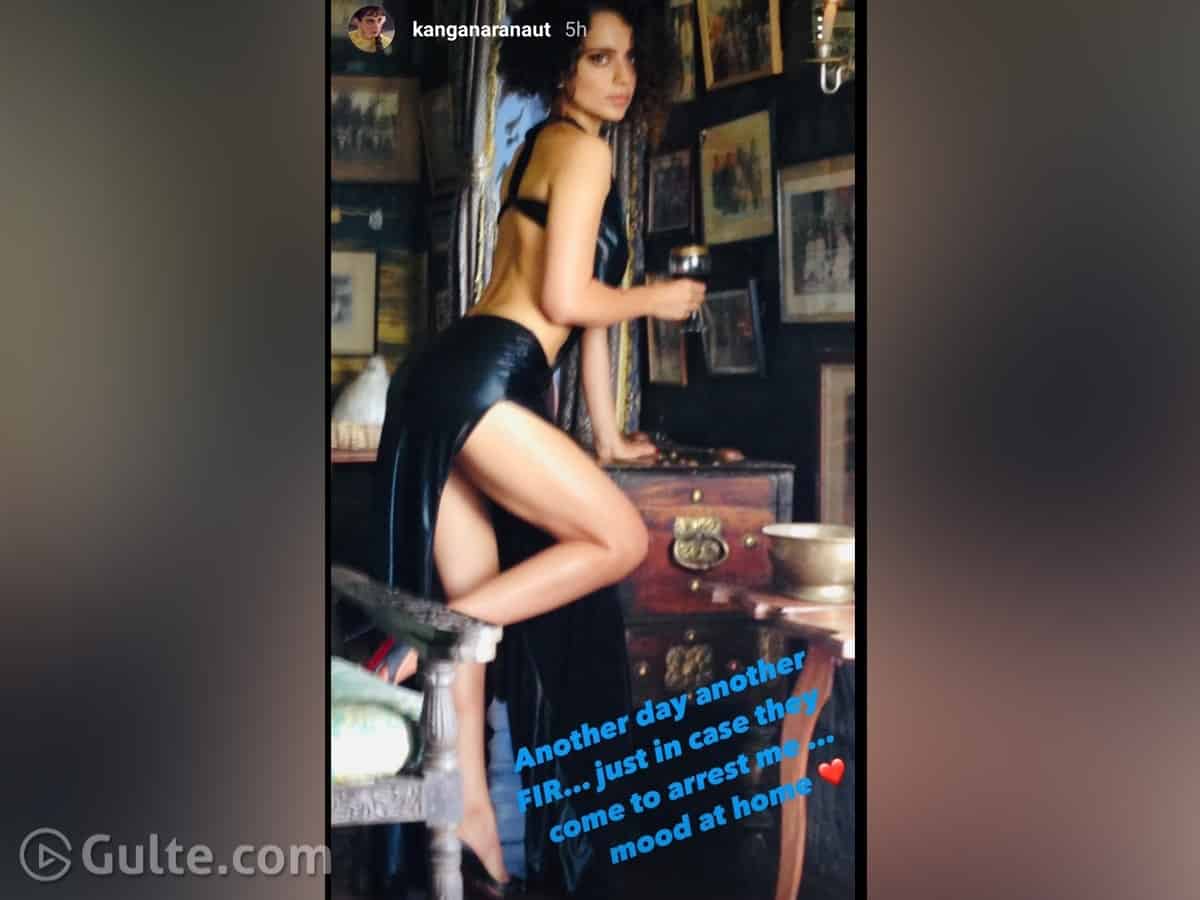 Bollywood actress Kangana Ranaut, who often stays in news with her controversies more than her films, is back in the news. Her recent comments at a media summit, a day after receiving Padma Shri award where she stated that “India got true freedom only in 2014.” The Thalaivi actress said that the freedom that India attained in 1947 was given to the nation as ‘bheek’ or alms by the British.

These remarks of Kanagna have stirred the hornet’s nest as they invited severe wrath from the opposition Congress party and several other leaders who alleged that Kanagana insulted the freedom fighters of the country. Many have demanded an apology from her and also made an appeal to revoke her recently conferred Padma Shri award.

It can be noted that Six senior Congress leaders in Assam have recently lodged a complaint with the police against Kangana for allegedly making defamatory comments against Mahatma Gandhi and the freedom movement. However, Kangana remained unperturbed by the flak her comments received and the cases filed against her on almost every day.

In this backdrop, Kangana shared a picture of her in her Instagram story. This is likely to create another controversy as she posed in a backless black dress with a slit and she wrote, “Another day another FIR. Just in case they come to arrest me. Mood at home.” Kangana is seen holding a glass in her hand in the picture and she is sporting a short hairdo. Her picture and attached comments are likely to be a satire against her distractors who demand an apology from her for her comments on Independence.