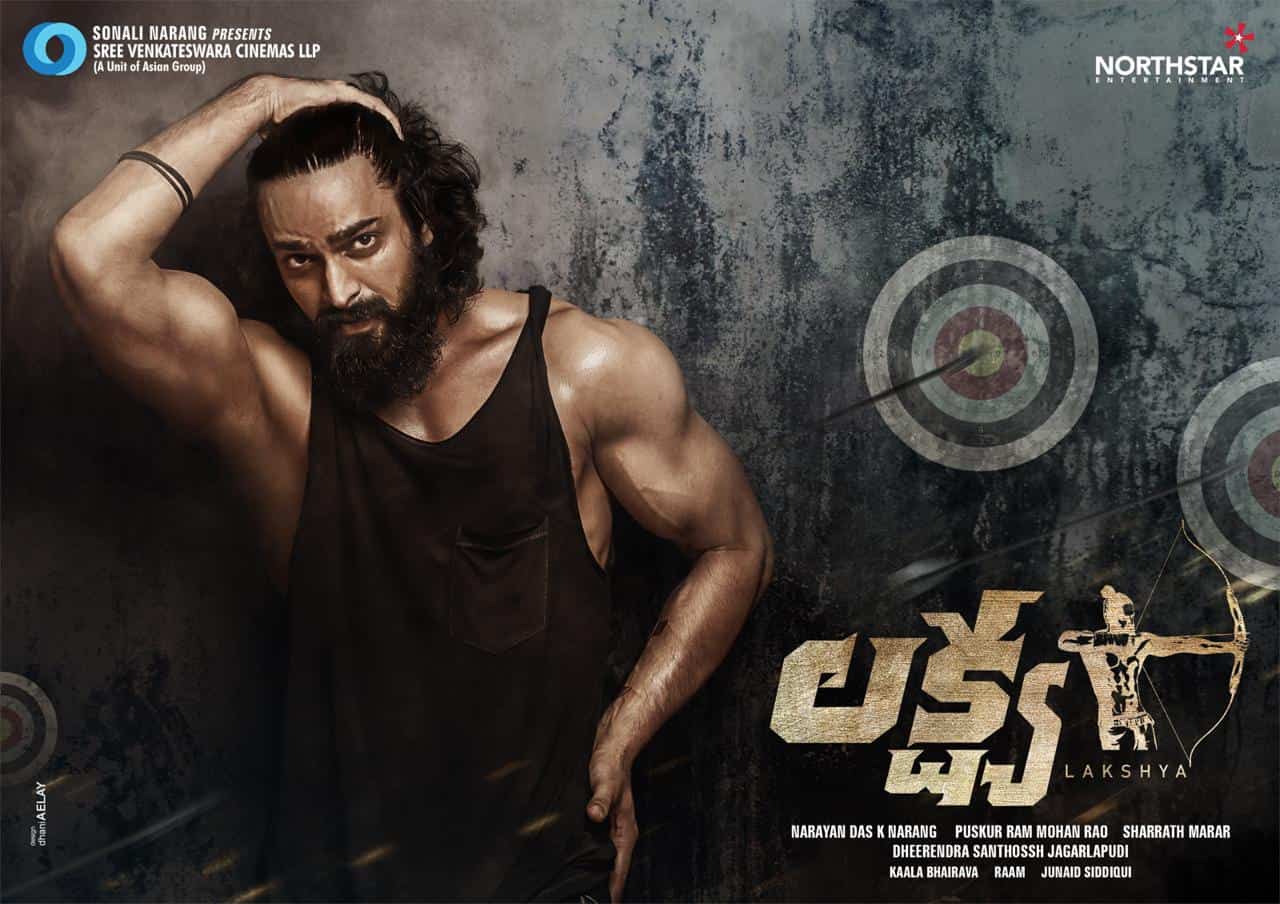 Hero Naga Shaurya, who was last seen in a wholesome family entertainer Varudu Kaavalenu which was a runaway hit, is gearing up for another release. His upcoming sports and action-drama film Lakshya seals its theatrical arrival date. Directed by Santhossh Jagarlapudi, Lakshya will grace the theatres on December 10th.

Naga Shaurya appears with scars and wounds on his face and body, as he flaunts his sturdy physique in the poster. Carrying a bow and arrows, he looks sad here.

Lakshya will see Naga Shaurya in the role of an archer and he will be seen in two different getups in the movie based on the ancient sport archery. Ketika Sharma has played Naga Shaurya’s love interest, while Jagapathi Babu will be seen in a vital role.