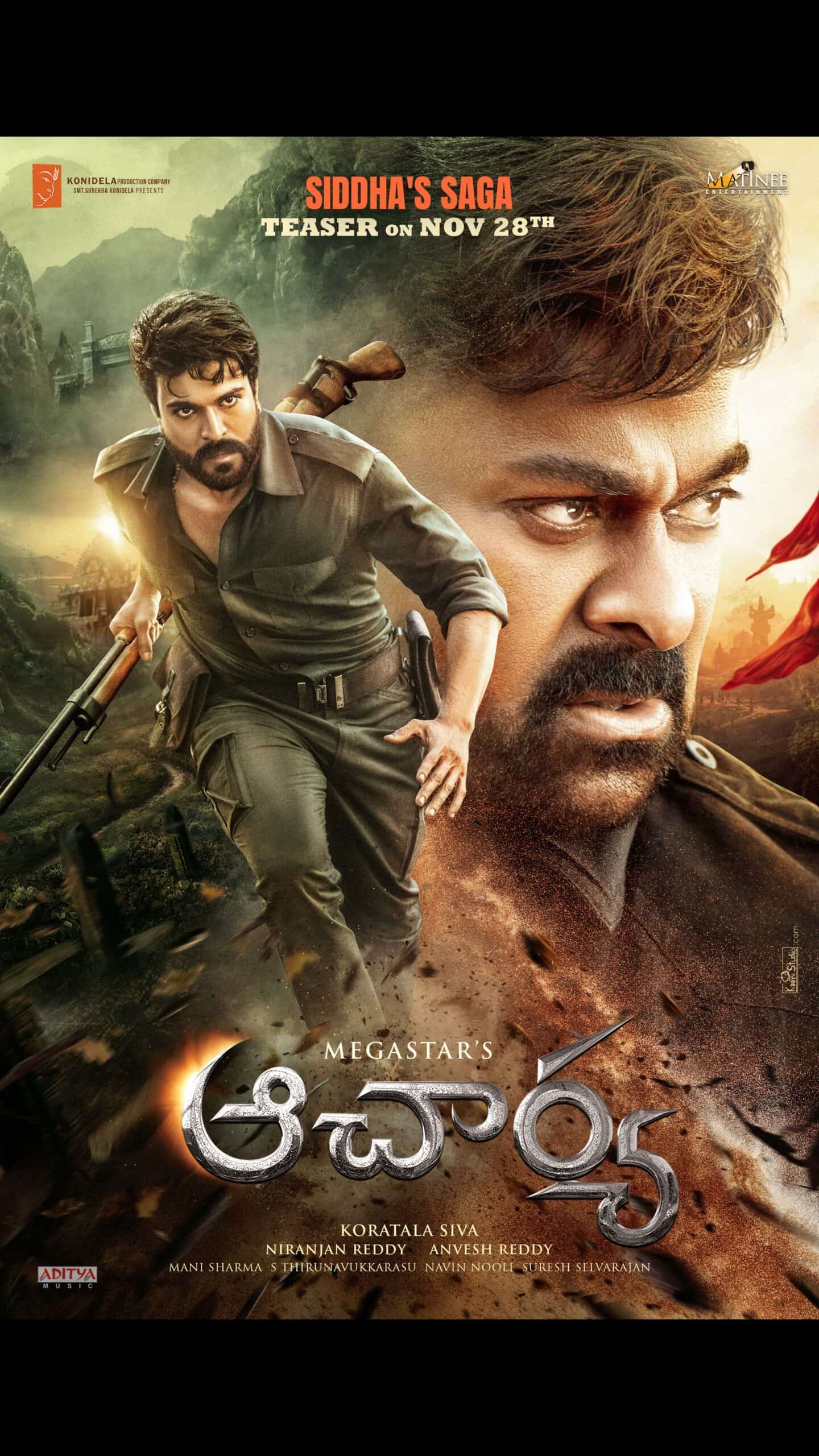 The teaser of Ram Charan from Acharya, named as ‘Siddha’s Saga’, is going to be unveiled on 28th November. Making this announcement, the makers of Acharya have unveiled a new action poster showcasing the powerful dimension of Charan who is carrying a weapon. He looks fierce and aggressive in the poster. Charan essays the role of a rebellious student leader Siddha and the teaser is his story/saga.

In the backdrop of this poster, Chiranjeevi is seen in a menacing look. The father-son duo savaged with their looks in this poster. All these indicate that it is going to be an out-and-out powerful action treat from Charan in the teaser. Koratala Siva is wielding the megaphone and Mani Sharma has composed the music.