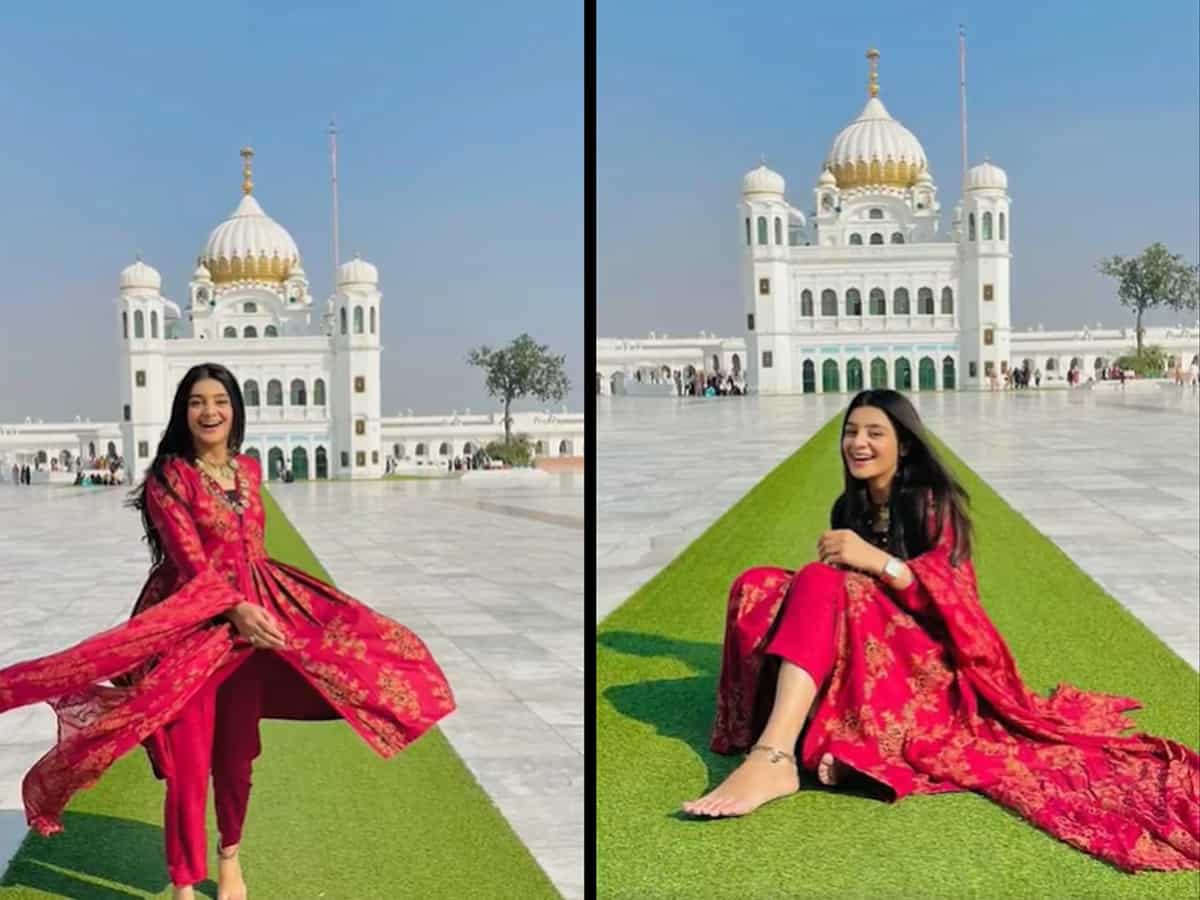 Pakistan model Sauleha went to visit Gurdwara Darbar Sahib in her country and now her photos from the visit landed her in trouble.

Sauleha did a photoshoot and that has been heavily criticized for hurting the sentiments of Sikhs all over. She was seen bareheaded in the photos posted on Instagram while covering one’s head in a gurdwara is a mandate.

Foreign Ministry spokesperson Arindam Bagchi said in a statement, ‘Pakistani Charge d’Affaires was summoned today to convey our deep concern at the incident of desecration of the sanctity of Gurdwara Shri Darbar Sahib, Kartarpur by a Pakistani model and a clothing brand. It was conveyed that this reprehensible incident has deeply hurt the sentiments of the Sikh community in India and worldwide. Such continued incidents of desecration and disrespect of places of religious worship of the minority communities in Pakistan highlight the lack of respect for the faith of these communities.

‘It was further conveyed that we expect Pakistani authorities to sincerely investigate this matter and take action against those involved,’ it further said.

The model later deleted the post and posted an apology on her Instagram page saying she did not want to hurt anyone’s sentiments. She denied it to be a photoshoot and she underlines that her visit to Kartarpur Gurdwara to learn about the history and know about Sikh community.