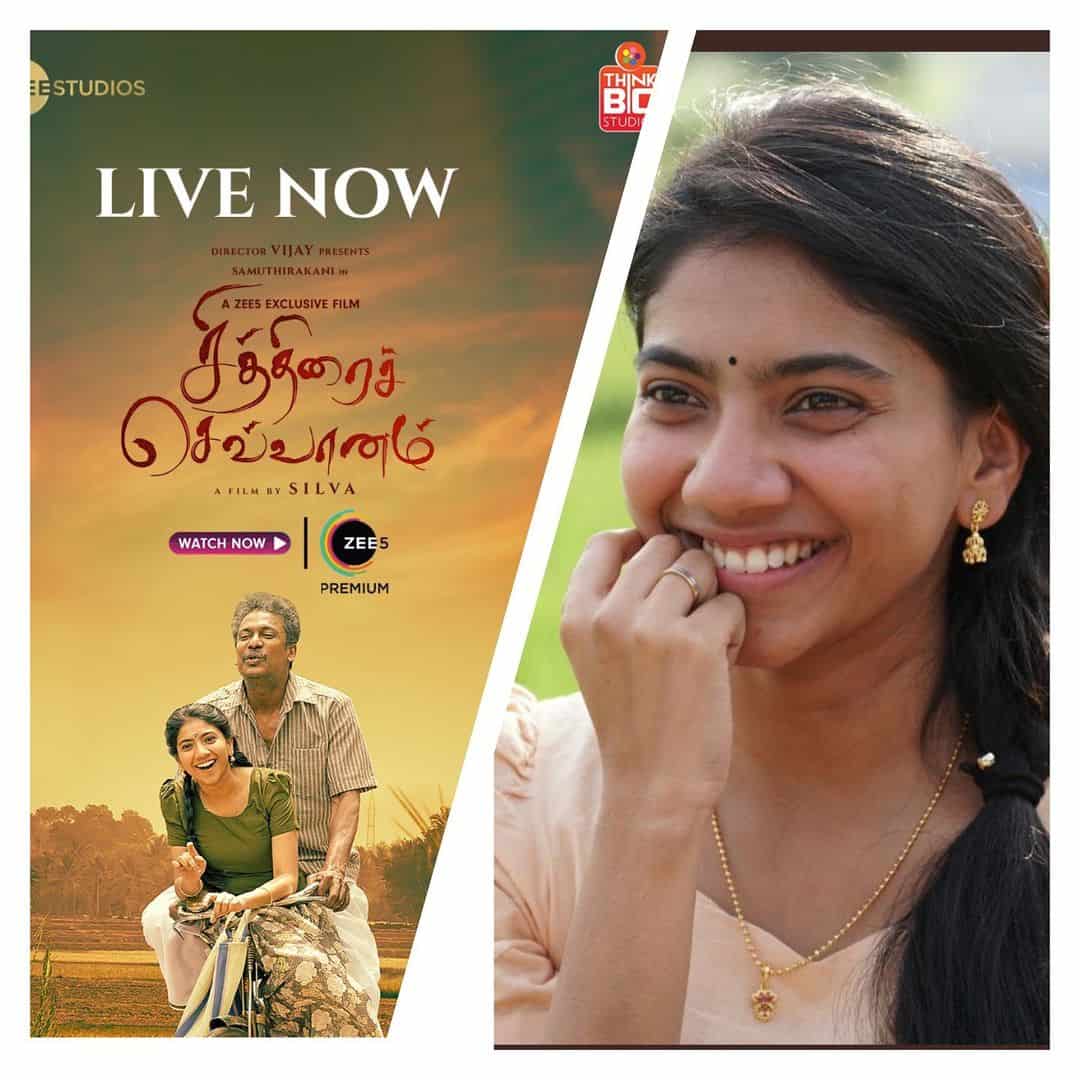 Sai Pallavi’s younger sister Pooja Kannan is all set to make her debut in the Malayalam film Chithirai Sevvaanam. Pooja is the female lead in Fight choreographer-turned-director ‘Stunt’ Silva’s film. The film releases today on Zee 5 and sister Sai Pallavi urges everyone to watch the film.

Sai Pallavi penned a long heartwarming note and expressed how proud she is to see her sister Pooja’s entry into the films. Sharing a poster of Pooja’s film and a childhood pic, Sai Pallavi wrote, “Today is a very special day for me coz the world gets to witness something that only I’ve known all along. From pretending to be sick and tricking mom n dad into letting her bunk classes, to being a firecracker even on days when she was depressed, I’ve watched this lil brat grow into a fully grown actor(even off screen)”.

She further mentioned that Pooja debuts as an actor in the film “Chithirai Sevvaanam” (on Zee5) and asked her fans to watch it and give Pooja some love too. Pallavi also wrote “This is for you Pooju, The love that the audience shower is as addictive as the joy you get when you play a character. I pray that you enjoy this journey and surround yourself with positivity and become a better person with every experience.I love you and I’ll forever protect you. Fly high my lil one.Your proud sister.”

Produced by director AL Vijay, the film features Pooja Kannan, Samuthirakani and Rima Kallingal. It is a known fact that Pooja has striking similarities with her sister Pallavi and fans are eagerly waiting to see if the former can dance and act as good as the latter.

On the work front, Sai Pallavi will be next seen in Nani starrer Shyam Singha Roy, directed by Rahul Sankrityan. Set in the backdrop of Kolkata, the film is based on the theme of reincarnation and it also stars Krithi Shetty and Madonna Sebastian in female lead roles. She also has the Rana Daggubati starrer Virata Parvam, which got postponed due to COVID 19.