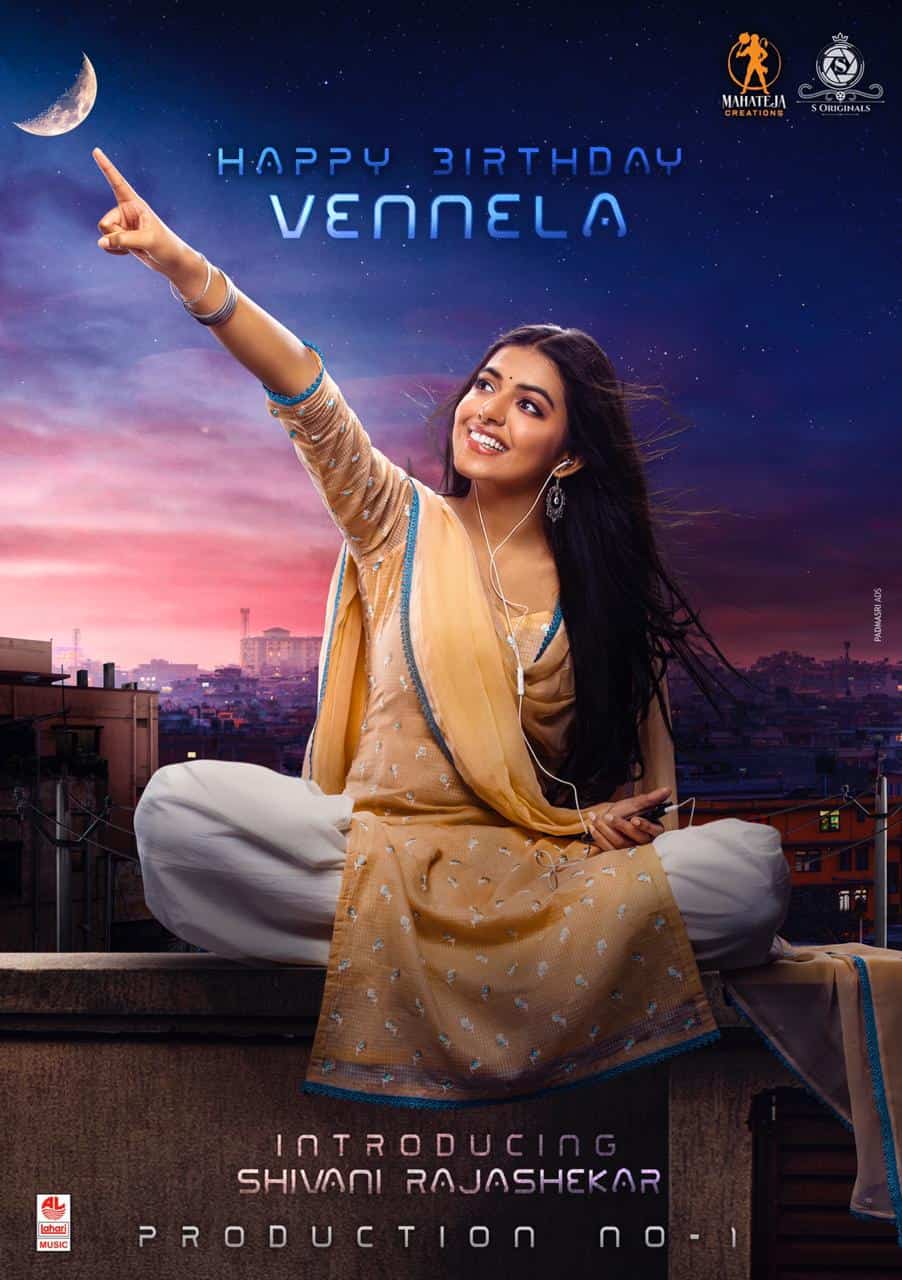 On the occasion of birthday of Shivani Rajashekar, daughter of Rajashekar and Jeevitha, character introduction poster of the actress in a yet to be titled flick has been unveiled.

Symbolizing the character as Vennela, Shivani sitting on top of a building is seen pointing her finger towards the moon. She appears charming in a girl next door look.

The film also marks debut as lead actor for Teja Sajja who was seen in innumerable films as child artist and made comeback in a vital role in Samantha’s blockbuster film Oh Baby.

It is a fantasy love story directed by debutante Mallik Ram who previously directed the popular web series Pelli Gola.

S Originals is bankrolling the project in association with Mahateja Creations.