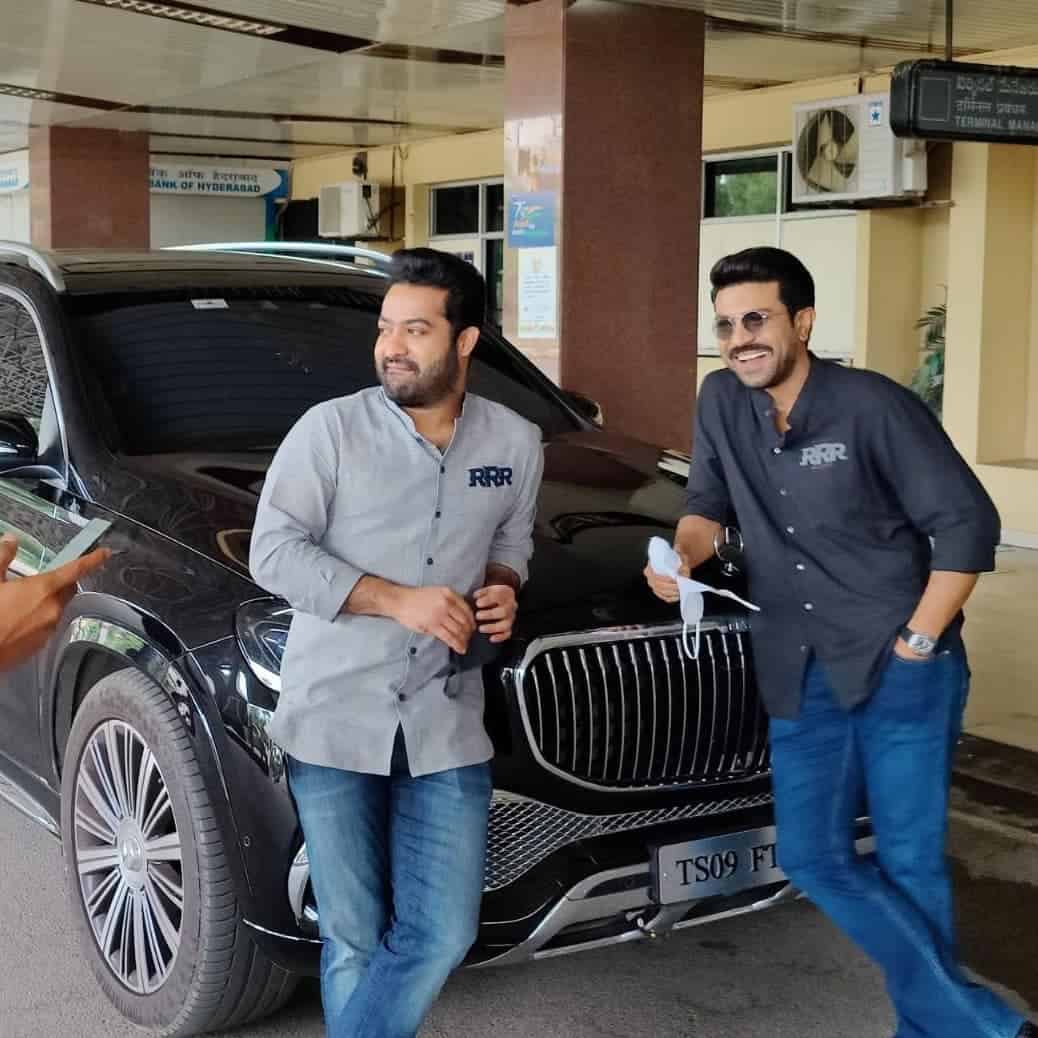 The team had a successful trailer launch event in Mumbai and planned one more yesterday at RK Cineplex in Hyderabad. However, the event has been postponed as fans were given passes by the event management Company and it eventually caused a ruckus.

The mall was filled with a massive crowd and made it difficult for the security deployed to manage the situation. In fact, this is one of its kind for a much-awaited press meet to procrastinate due to mismanagement.

Just when fans are upset, a picture of NTR and Charan from today, presumably from the press meet today, has surfaced on social media.

Both heroes looked dashing in RRR logo shirts and denim. Tarak and Charan were seen laughing together while posing for the paparazzi. Fans are thrilled to see their favourite heroes.

Yesterday, Rajamouli said that a press meet will be held solely for the press and fans won’t be allowed in order to maintain harmony. It is also learnt that multiple events will be organized in the coming days at several states including Andhra, Telangana(Hyd), Tamil Nadu (Chennai), Kerala (Kochi), and Bangalore.