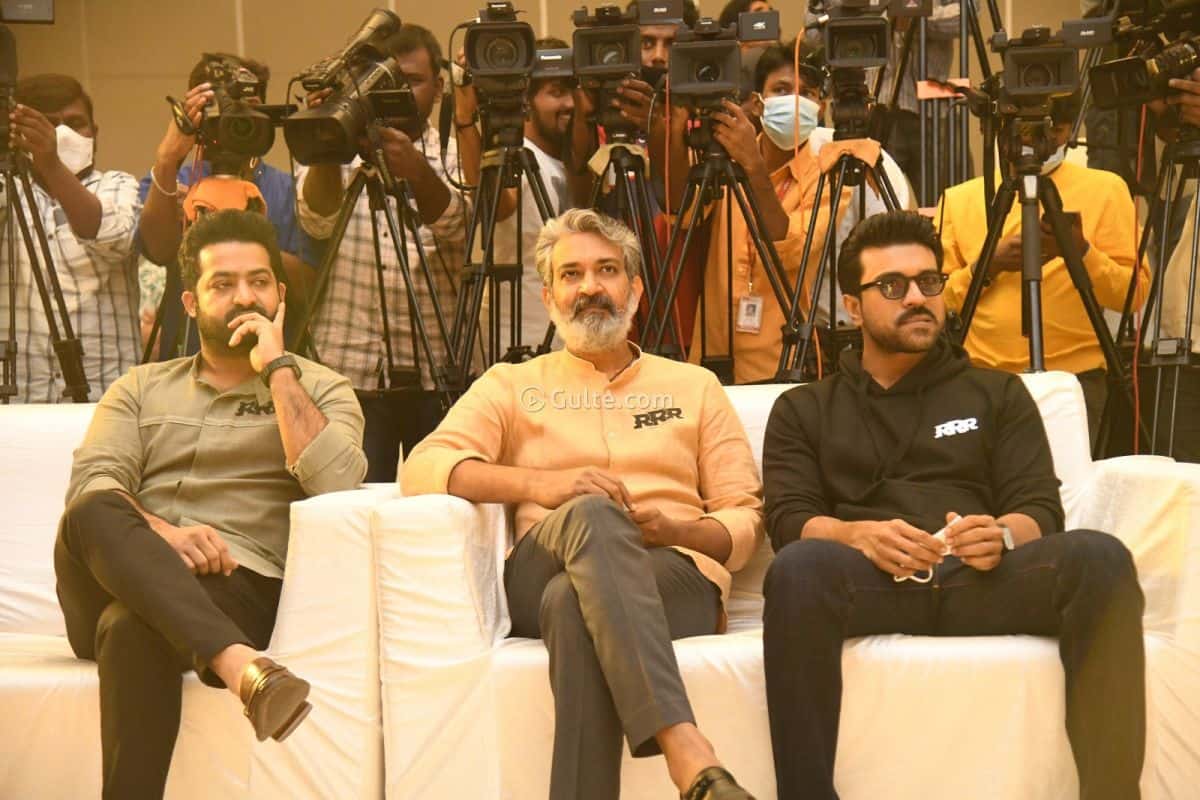 Making a film with two big stars is never easy. A director has to keep both the actors’ stardom, fans, and sentiments in mind before making the film. But SS Rajamouli has whole different concerns while making RRR with NTR Jr and Ram Charan.

In the press meet held earlier today, Rajamouli said that he faced a lot of problems with Charan and Tarak while making this movie.

“If I shot the film for 300 days, at least 20-25 days were wasted by the petty disputes of these two,” said the star director. While he was finishing this sentence, NTR pinched him from the side. Rajamouli jumped from his seat quickly and moved aside.

“This is exactly what they do. Both of them have crossed 30 and got married as well. On top of that, they have crores of die-hard fans. Still, they do these childish acts on sets. When I am busy with some work, Tarak comes and says that Charan pinched him. Charan acts like an innocent and says that he didn’t do anything. This argument continues for more than 10-15 minutes,” he further added.

The clip is now going viral all over social media. Even while posing for the press during the meet, Charan is seen pinching Tarak. Even that video clip is also trending on social media.

On the whole, fans of NTR and Charan are elated to see their favorite actors sharing beautiful camaraderie with each other on the sets and in real life as well. RRR is all set for a grand release on January 7, 2022.