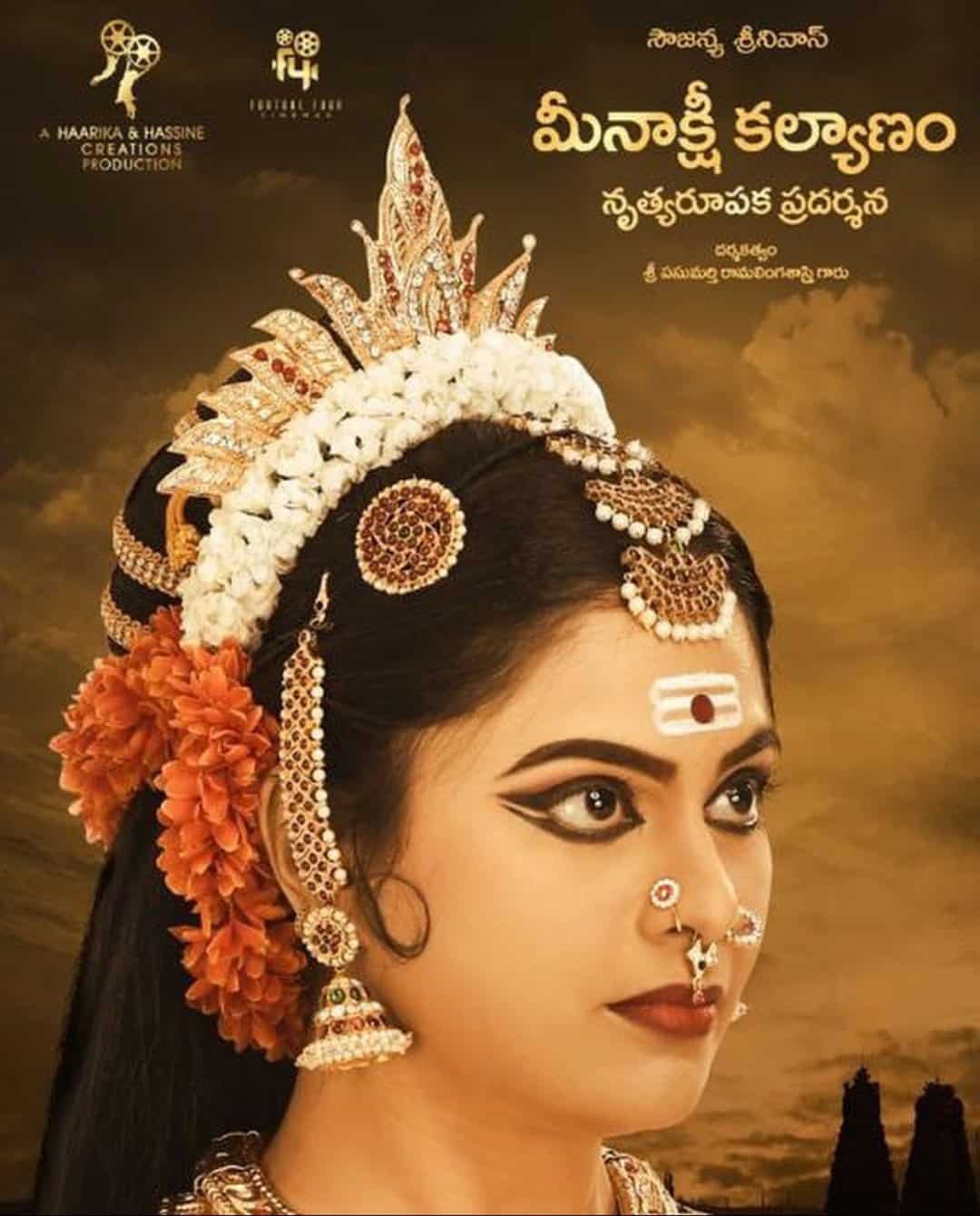 Trivikram is one of the most talented writers and directors of Telugu cinema. Not only him but even his wife is also a talented artist.

Not many people are aware that Trivikram’s wife Sowjanya Srinivas is a renowned classical dancer. She is now all set to give a classical dance play titled ‘Meenakshi Kalyanam’.

This performance is directed by Pasumarthi Ramalinga Sastry. It will be held at Shilpakala Vedhika on December 17th from 6 PM onwards.

Haarika and Hassine Productions and Fortune 4 Cinemas are jointly producing this event. The official poster of Sowjanya Srinivas was unveiled earlier today.

She looks gracious in a classical dancer avatar and strikes a divine pose. The poster is now doing rounds on social media. Aninditha Media is managing the event while it is being sponsored by Phoenix Forever and Sai Surya Developers. Art connoisseurs and fans of Trivikram in Hyderabad are eagerly looking forward to this event.

Power Star Pawan Kalyan will grace the event as the chief guest. Telangana State government’s director of Language and Culture department, Mamidi Hari Krishna, will be the honorable guest. The other prominent personalities who will be attending the event are Tanikella Bharani, Vasantha Lakshmi Narasimhachari, Trivikram Srinivas, Chukkapalli Suresh, and Satish Chandra Gupta.