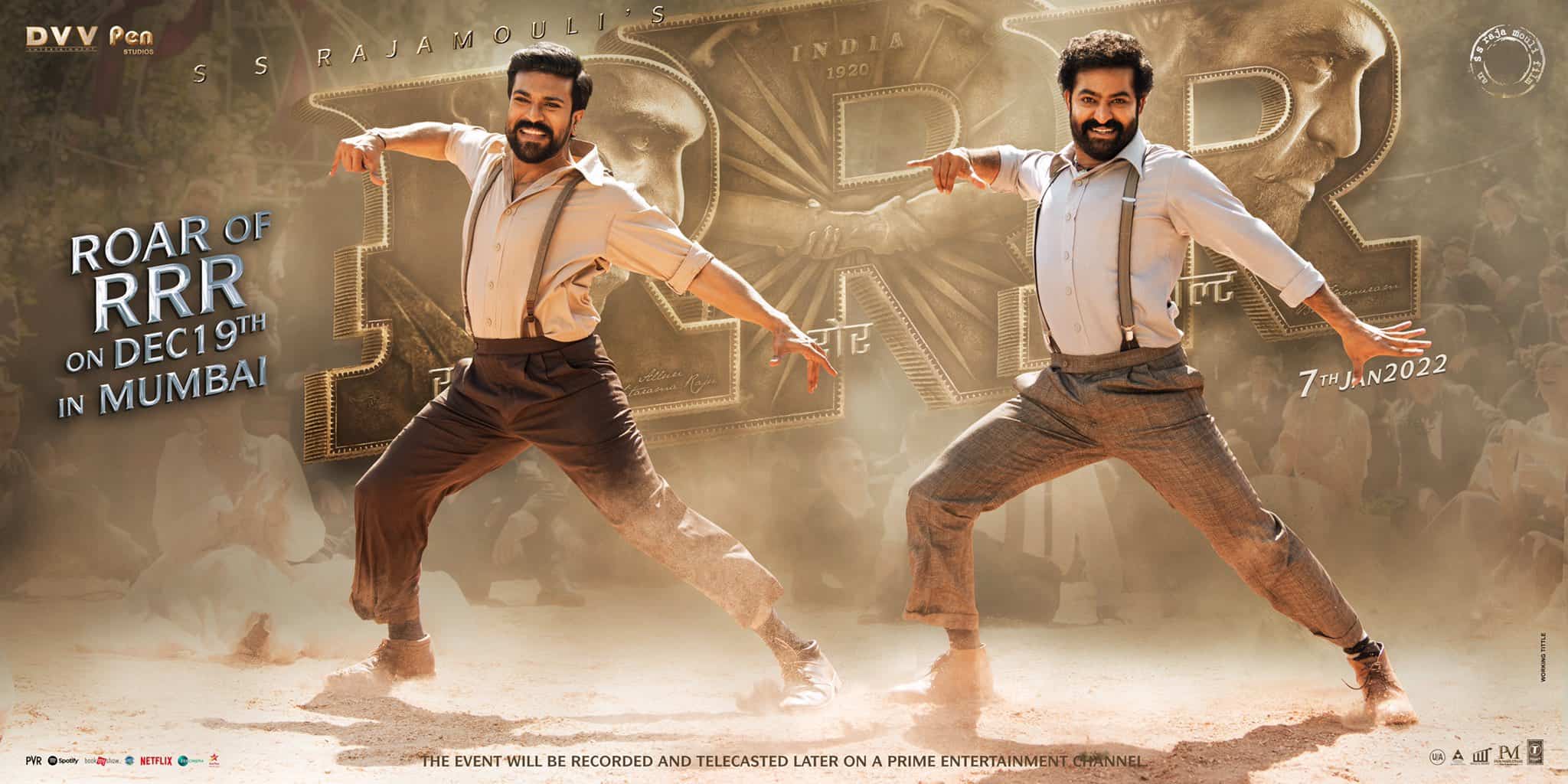 After a brief gap, the team of ‘RRR’ is going to resume the promotions and they are going to be very big. On Sunday i.e, 19th December, ‘Roar of RRR’ is going to be held in Mumbai and for the same event, big names of Bollywood are finalized.

Not just his films, Rajamouli plans pre-release events very differently and for the ‘Roar of RRR’ he has roped in Bollywood superstar Salman Khan and star filmmaker Karan Johar. If we remember a few days back Rajamouli personally met Salman in Mumbai and extended an invitation to be the chief guest of ‘RRR’ event.

Apparently Salman Khan shares a great bonding with the Mega family and he also has a good relation with Young Tiger Jr NTR. So Salman instantly accepted Rajamouli’s invitation and it would be a delight to see Salman, Ram Charan and Tarak sharing the stage.

Coming to Karan Johar, he will be the host of the event and he will do a rapid-fire Q&A called ‘FilteRRR Coffee With Karan.’ This is going to be fun session and then stand-up comedy is also planned with popular YouTuber Bhuvam Bam.

This massive planning proves that Rajamouli is leaving no stone unturned to make the audience keep buzzing about ‘RRR’ till the film releases.

Also a couple of more events are also planned in different south cities and the details are yet to be revealed.