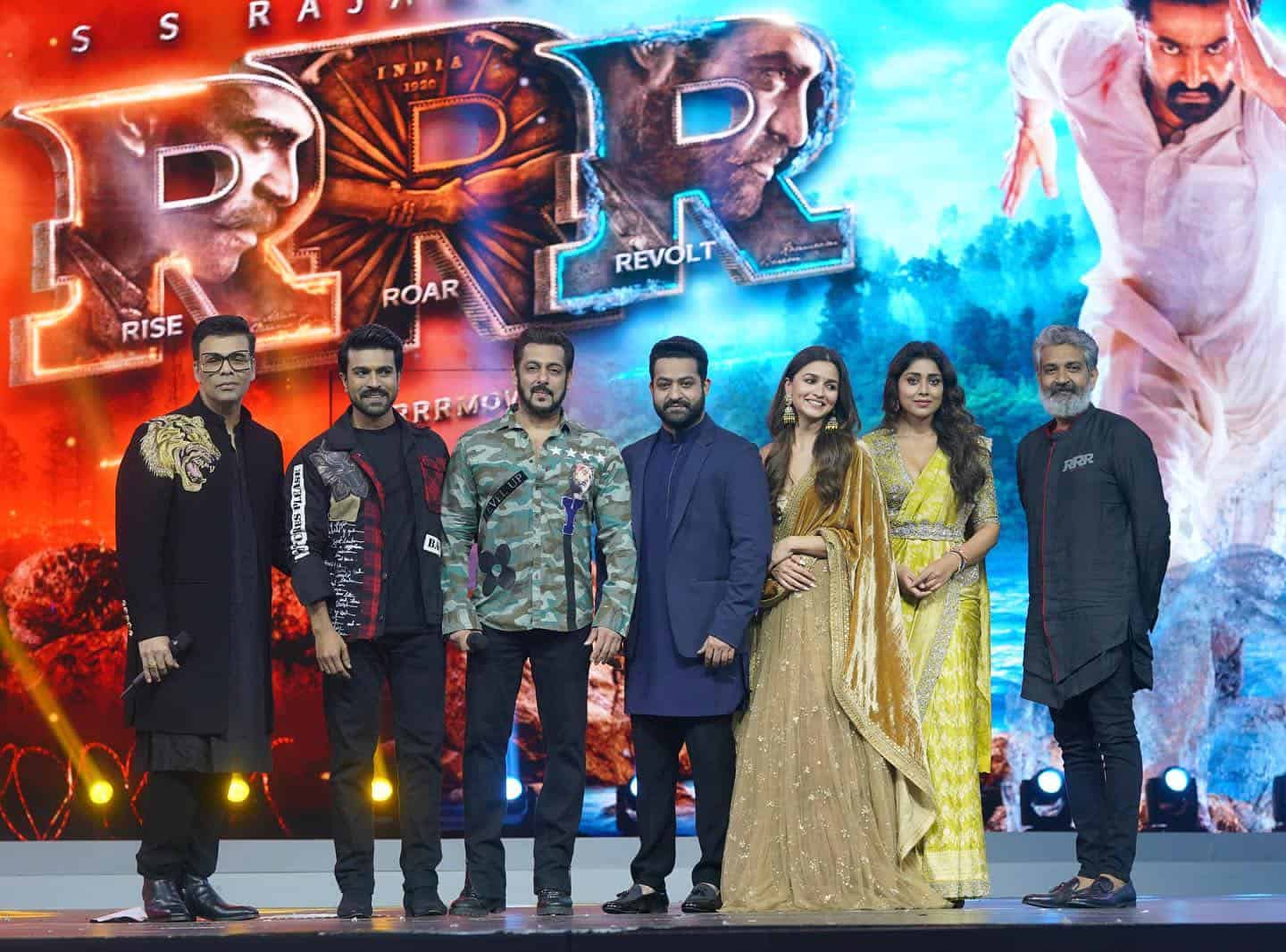 Ahead of the film’s release, team RRR held a massive pre-release event today in Mumbai. Jr NTR, Ram Charan, Rajamouli, Alia Bhatt, Shriya Saran and others are in Mumbai along with the team to meet the fans in the city. The event witnessed a huge turnout of the audience and Bollywood superstar Salman Khan attended as the chief guest.

Speaking at the event, Salman Khan heaped praises on the entire team, including the lead actors and director Rajamouli. Salman also pinned big hopes on the film’s success and said, “Don’t dare to release any new film for the next 4 months after the release of RRR,” said Salman, hinting that the box office run of RRR will be huge.

Salman Khan also showered compliments on Ram Charan saying, “I know Charan from a long time. His hard work is amazing. Whenever I meet him, he will be with some or the other small injuries. Hatsoff to his Hardwork.”

Salman Khan also said that he likes Jr NTR’s acting. While talking about Salman, Tarak said, “I Dont Know Which Is Bigger For Me. Is It RRR Event Or Is It Standing Next To Salman Khan. I Mean, For Me It’s Been A Fan Moment.”

RRR is hitting the screens on 7th January 2022.