Pawan, Trivikram And ‘Ala..’ Villain! 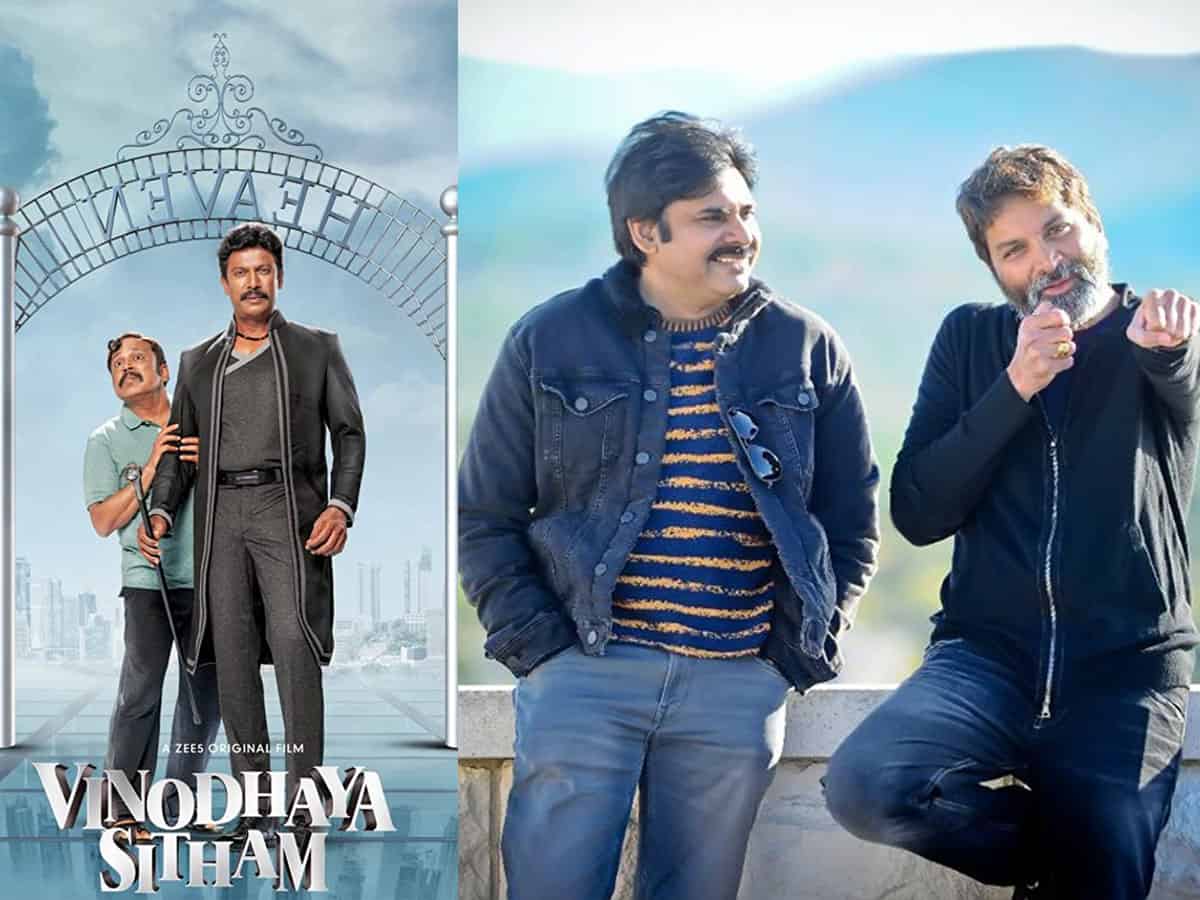 In details, Samuthirakani’s Tamil film ‘Vinodhaya Sitham’ is getting remade in Telugu and this film will be produced by Trivikram who floated Fortune For Cinemas banner recently.

Guess what the film will star Powerstar Pawan Kalyan. ‘Vinodhaya Sitham’ is about a man who meets with a tragic car accident but he gets a 90 days grace period before his final journey. How will the man utilize these 90 days forms the plot.

The Tamil film released for Dussehra festival this year and met with super reviews and positive word of mouth from audiences.

Buzz is that the Telugu remake might feature Malayalam actor Mohanlal but it is yet to be verified.

If things fall in place, Trivikram will bankroll the remake in association with Ram Talluri of SRT Entertainments banner.

So Pawan has locked yet another remake and the official announcement might come for New Year.