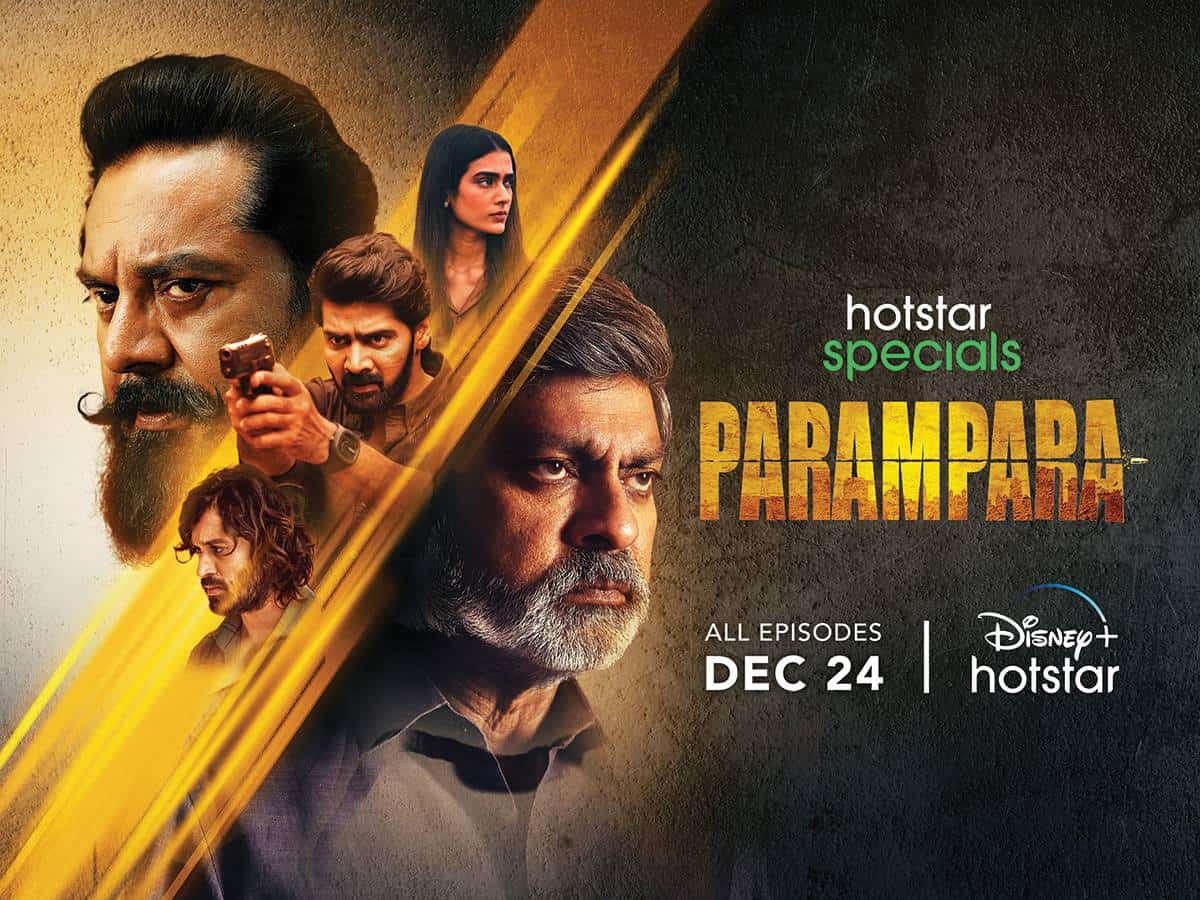 The OTT Giant Disney Plus Hotstar took to its Instagram handle to share the Telugu Original’s Teaser and captioned it “Revenge is a family matter”. The action-packed series laced with familial emotions, a heart-wrenching plot, and an amazing starcast makes up for the best holiday binge.

The series comes straight from the makers of “Baahubali”, producers Shobu Yarlagadda and Prasad Devineni of Arka Mediaworks Production.

What is visible to the world, does not have to be the truth.

The epic story follows the same truth as the family’s underdog is seen taking on the ruthless patriarch of the family to avenge his father who has been wronged. Having seen his father face a formidable array of adversaries, the son decides to unmask the evil that hides behind the loving Naidu and settle the scores.

The series focuses on the fact that there is a fine line between love and oppression indeed. Especially when it is about family.

The supremely talented Naveen Chandra does justice to the powerful character he plays and leaves a deep impact. There are moments where he makes sure the audience relates to the inner turmoil and feelings that Gopi is dealing with. The actress Aakanksha Singh, who has delivered outstanding performance in the film as Rachana is sure to win hearts.

The powerful role of Naidu is portrayed by the performer extraordinaire, Sarath Kumar. Talking about his role in the series, Kumar said “My role as a powerful business tycoon has multiple layers that have been masterfully maneuvered through Krishna Vijay L’s direction.”

Speaking of his role, Jagapathi Babu said, “For my character Mohan Rao, there is a silent intensity to the way he walks, moves, and talks that is very captivating. The entire build-up of the character had several learnings for me both as an actor and human. I had a lot of fun playing Mohan Rao and I hope that comes through in the series as well.”

Teaching the art of Vengeance and war, Parampara is all set to play through the power games. The gritty series is sure to keep you on the edge of the seats.

Watch all the episodes of the series streaming now on Disney+ Hotstar.