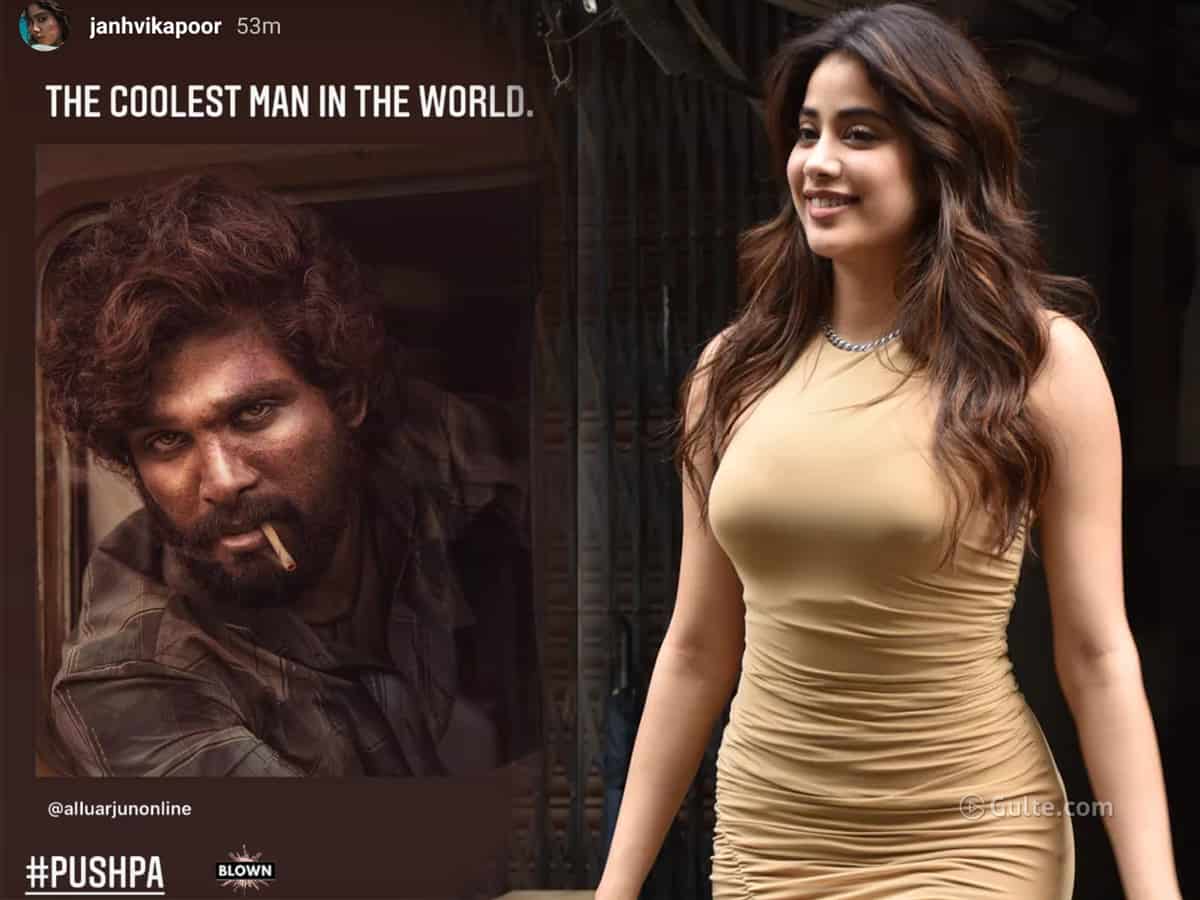 The year 2021 has provided some incredible films, but certainly, Allu Arjun starrer Pushpa is the most-talked-about film across the nation.

After Bollywood actor Arjun Kapoor, it’s his sister Janhvi Kapoor who couldn’t keep calm but praised Bunny’s work in Pushpa. This shows how popular Pushpa Raj has become among the current young generation of stars in the tinsel town of Bollywood.

Janhvi reviewed the film and took to her Instagram stories by sharing her excitement. She praised Allu Arjun by writing “the coolest man in the world. #Pushpa”. She also added a gif that showcased ‘mind blown’. Allu Arjun reshared her post and thanked her for the love and support. The actor also shared YouTuber Ashish Chnchlani’s post praising Pushpa.

Not only has this film won at the number game, but have left critics and audiences equally impressed and earned a ranking as one of the highest-grosser.

Certainly, Allu Arjun has delivered the most remarkable performance of his career and over the years, he has become synonymous with the action genre. And gladly, the film has impressed everyone big time. Directed by Sukumar, Pushpa: The Rise is now streaming on an OTT platform.