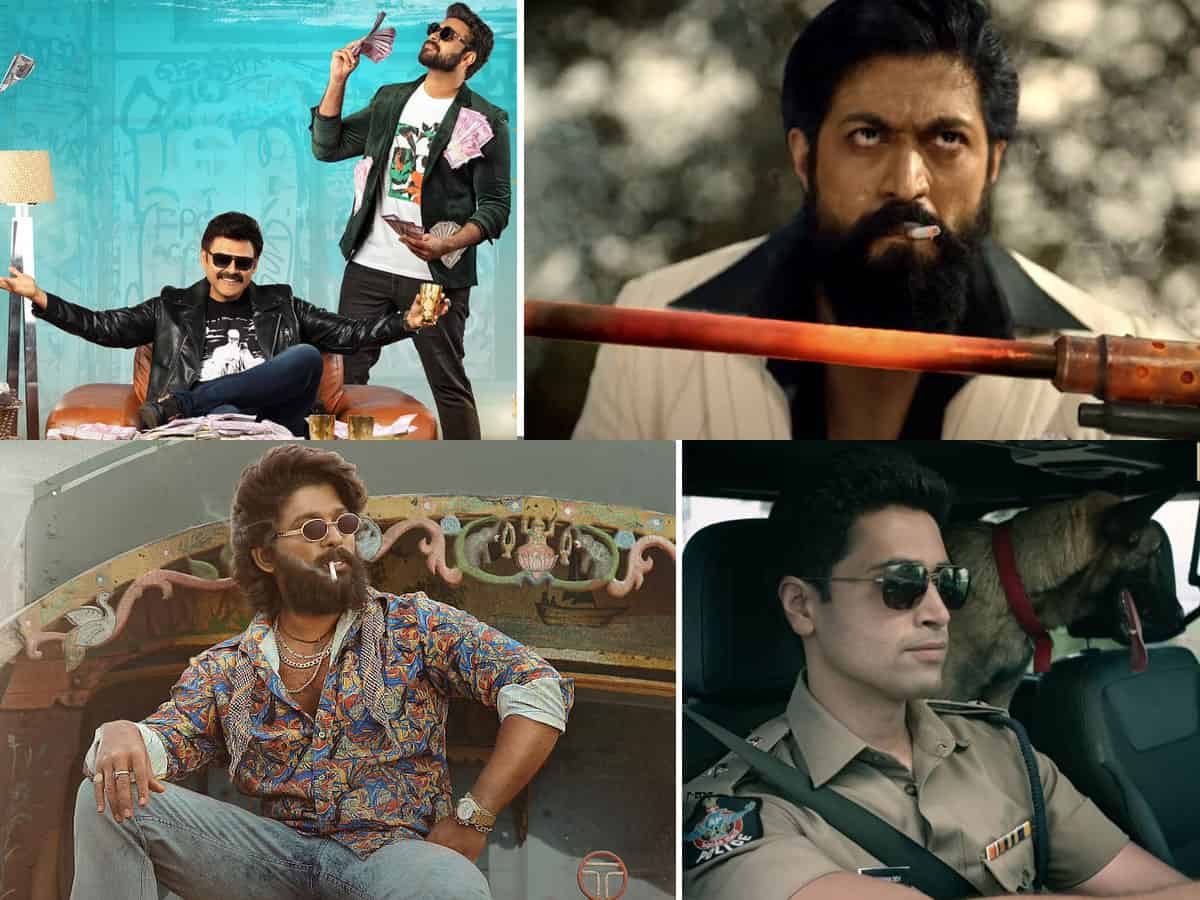 Sequels never had a great history in Tollywood. Many of the sequels in Telugu ended up as flops at the box office. However, it looks like we are going to witness a bunch of sequels in this year of 2022. A series of second parts to super hits films are gearing up for the releases in the coming months. Here are some of them.

Already, King Nagarjuna started the sequel trend in 2022 with his latest release Bangarraju. Directed by Kalyana Krishna, this movie features Naga Chaitanya in the other lead role. It is having a good run at the box office and became the Sankranthi winner as well.

Next, Venkatesh and Varun Tej will come up with F3, which is a sequel to their 2019 film F2. There are huge expectations on this Anil Ravipudi directorial film as its predecessor was a big hit. It will hit the screens on April 29.

Meanwhile, Yash arrives with KGF Chapter:2, which is a sequel to the pan-India hit KGF Chapter: 1. This Prashanth Neel directorial film is slated for release on April 14.

Another anticipated sequel in Indian cinema is Allu Arjun-starrer Pushpa: The Rule. As Pushpa: The Rise was a big success, there is huge anticipation around the sequel. Pushpa Part: 2 is expected to release towards the end of this year.

Adivi Sesh will come up with HIT 2 later this year. HIT, starring Vishvak Sen was a big hit. Now, it has to be seen if Sesh can repeat the same magic. The actor will also start shooting for Goodachari 2 this year. However, it is not sure whether this film manages to hit the screens in 2022.

Actor Nikhil and director Chandoo Mondeti are coming up with Karthikeya 2 this time. They are hoping that it will be as successful as Karthikeya’s first part.

Manchu Vishnu and Sreenu Vaitla have teamed up after 14 years for the sequel of their super hit film Dhee. Titled D&D Double Dose, this film is expected to release in 2022.

We have to see how many of these sequels end up successful at the box office.