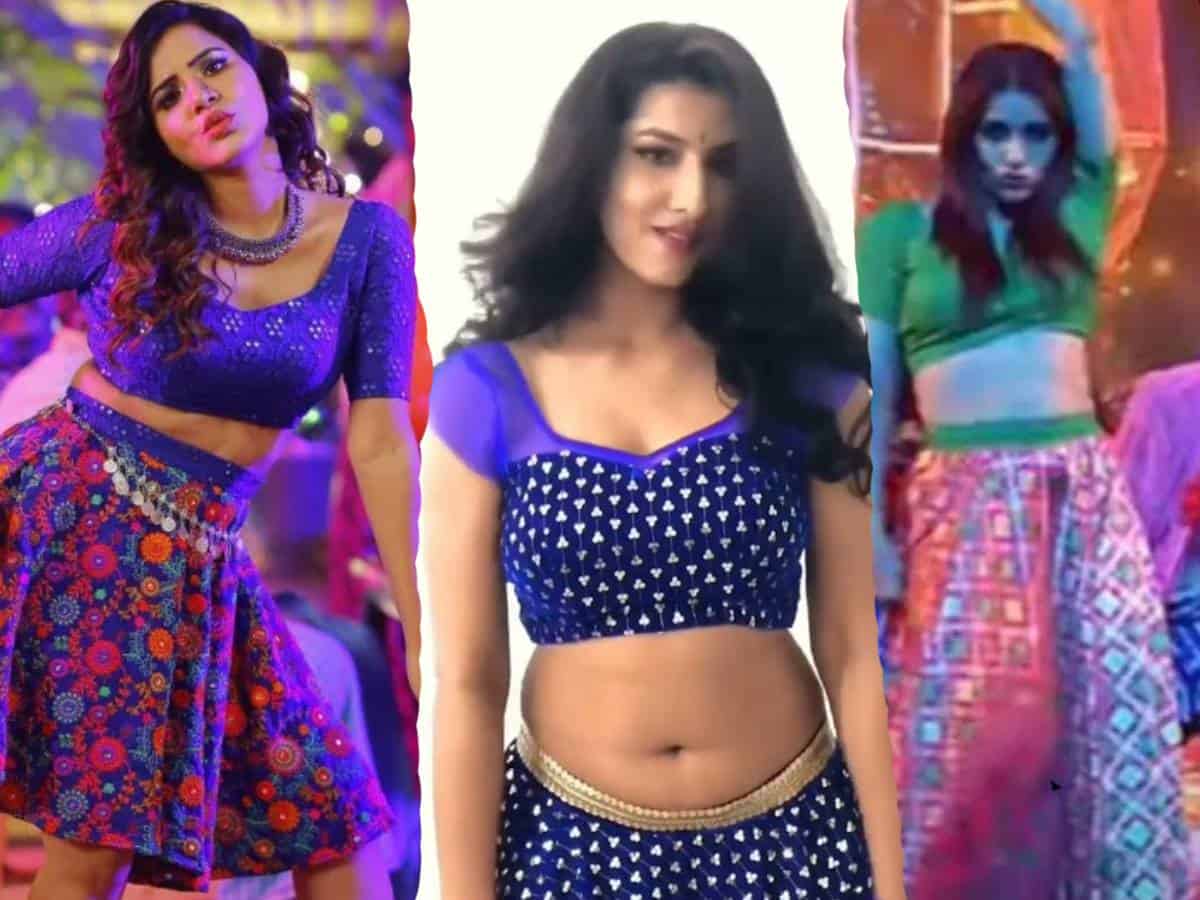 In recent times, every other aspiring actress, Instagram reels stars and others are busy finding a blue blouse and a similar short length skirt, to make sure that they look like Samantha Ruth Prabhu from “Oo Antava”, and then trying to dance in ecstasy like the spicy star heroine. Here is what is said about these sirens who tried to replicate and imitate Samantha on the small screen.

During the Sankranthi eve, senior anchor Rashmi Gautham tried to do her Oo Antava Oo Oo Antava stunt. Though the lack of curvaceous body is quite visible in her acts, her seductive expressions have worked out in her favor. At the same time, another budding actress Vishnu Priya also did dance for the same song in similar attire. While she lacks grace in dance, surely her skin show on the small screen is making viewers go gaga over it.

And then comes other small time TV Serial artists like Aishwarya Vullingula who appear in Hyper Aadhi’s skits, and she too has done the Oo Antava song. While her dance and expressions are poor, surely she’s more pretty than all the others who has done it. Similarly, we have Bigg Boss fame Ashu Reddy doing the same on YouTube as she came up with a cover song for Oo Antava. While she looks like a clone of Samantha, there is no need to talk about the rest of the things.

As the song stood top on YouTube charts and also the reels done with this song are getting millions of views, every actress and social media starlet out there are coming up with a video for this hot item number. No doubt, these young hotties are saying, Taggedhele!!