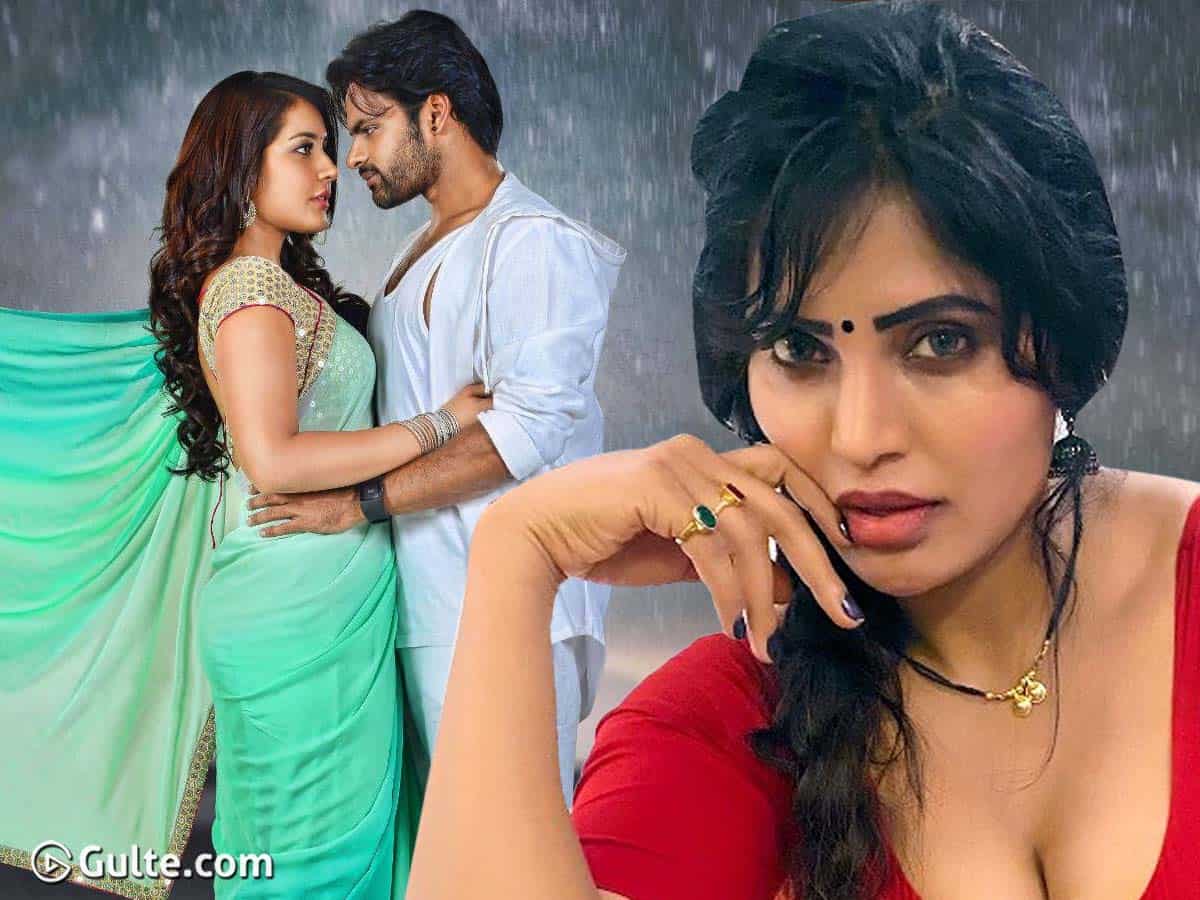 Ram Gopal Varma’s Naked movie heroine Sri Rapaka is making headlines for various reasons and one of the reasons is the interview that she has given to a YouTube news channel.

In this interview, Sri was asked about her short temper and how she deals with heroines who show a lot of attitude as they come from the north or if any fights have ever happened. To this, Sri replied that Raashi Khanna has tortured her.

“During the shoot of the Supreme movie, Raashi Khanna…. She called at 3’o clock and asked me to come to the set to drape her a sari. I went there and Raju Sundaram master was also there. I have worked with him many times and so, he asked what I was doing there. There were around 150 people around her and any of the ladies could have draped her the sari. But she made me travel so far to the sets just for the sari. She used to make me wait for hours and hours, and torture me,” she said.

Also, Sri said that Anil Ravipudi is pretty close to her as she has worked with him for Pattas movie as well. She said even Anil knew how she was.

Sri even added that she felt she was hurting her self-respect and went on to keep talking about her career as a costume designer.