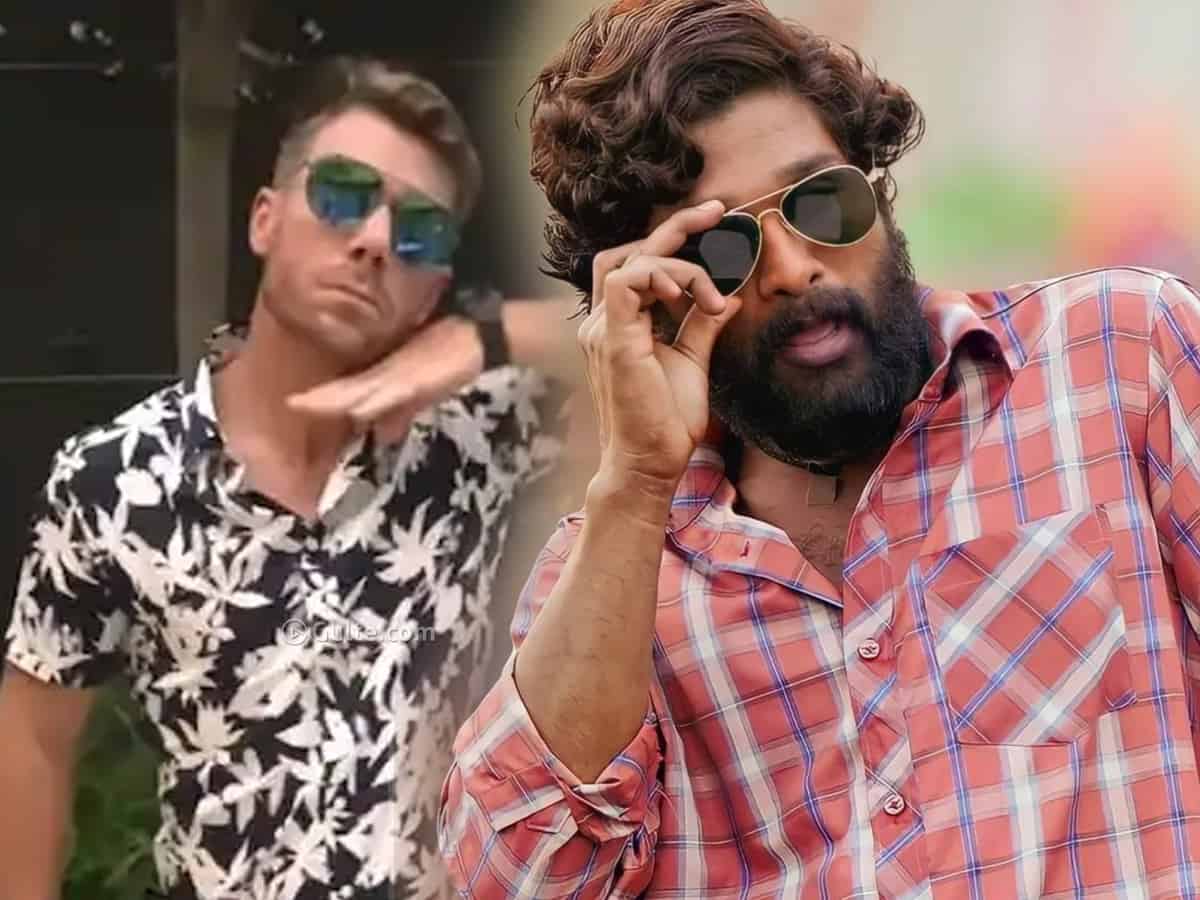 Australia opener David Warner on Friday took to Instagram to share a video of him recreating Stylish star Allu Arjun’s signature step from Pushpa’s ‘Srivalli’ song. The dance video went viral on the social media platform and garnered over a million likes within five hours of being shared.

“#Pushpa what’s next??” wrote the Australian star cricketer in the caption. Even Bunny reacted to Warner’s video with fire and laughter emojis in the comments section. Warner has always been entertaining on social media with his dance and dialogues videos, especially of Telugu films.

He is quite popular and in fact, an entertainer in Indian social media owing to his Tik Tok videos. Warner enjoys a massive following for his creative-filled content and his hilarity is often complimented. We have earlier seen Warner dancing to Telugu songs and lip-syncing to quite a few popular Telugu movie dialogues on dubsmash including Mahesh Babu’s Pokiri and Prabhas’ Bahubali.

Today, Warner once again grabbed Telugites’ attention by doing Srivalli step in his own style. On the sports front, Warner, who led SunRisers Hyderabad to the IPL title in 2016, recently opened up on being removed as captain by the franchise in the last season. He was released by SRH ahead of the IPL mega auction.