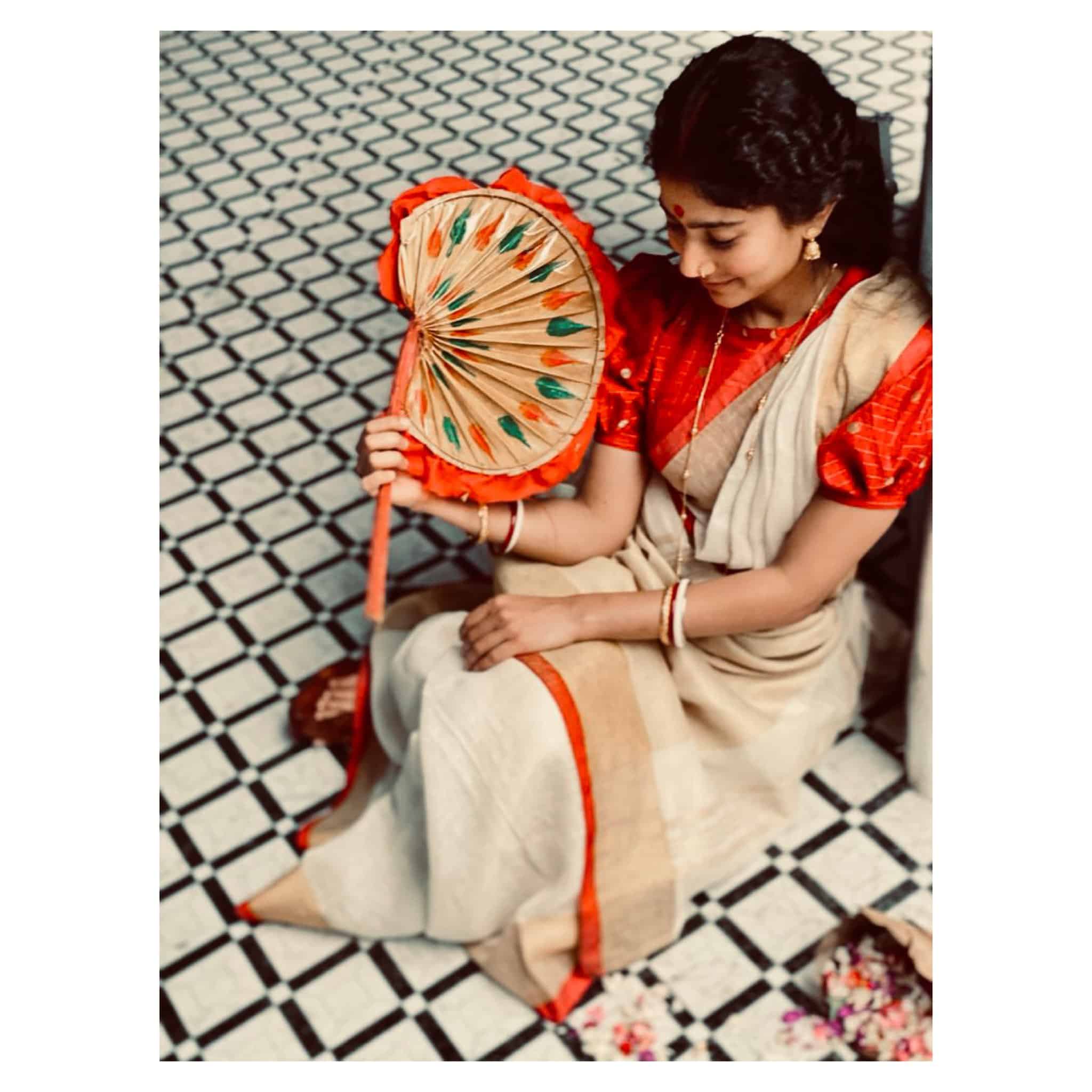 Actress Sai Pallavi has floored everyone with her talent, grace and beauty in Shyam Singha Roy. Her latest behind-the-scenes pictures from the film leave us thinking what’s not to love about this look? The actress looks mesmerizing in gorgeous Bengali sarees.

Her earthy charm shows her long and thick open tresses, sleeveless blouse and a big red bindi. A big shoutout to her constant style statement. In another picture, she is seen pairing the traditional Bengali saree with a red blouse featuring puff sleeves. The actress, who does not believe in heavy makeup or luxury clothing, looks serene and pretty flaunting her simplicity. Honestly, can you take your eyes off her? Because we can’t!

She further donned a beautiful nose pin and flexed her quintessential Bengali look! She posed with a hand fan and bought an artistic interpretation effortlessly with her iconic dressing. Talking about Shyam Singha Roy, the film was released on 24 December and won praises for the storyline and performances. The film was well-received by the critics as well.

On the work front, the actress will next appear in Venu Udugula’s directorial Virata Parvam. Backed by D. Suresh Babu and Sudhakar Cherukuri, the film featured Rana Daggubati in the lead.