Gangubai Dares To Step Into Theatres 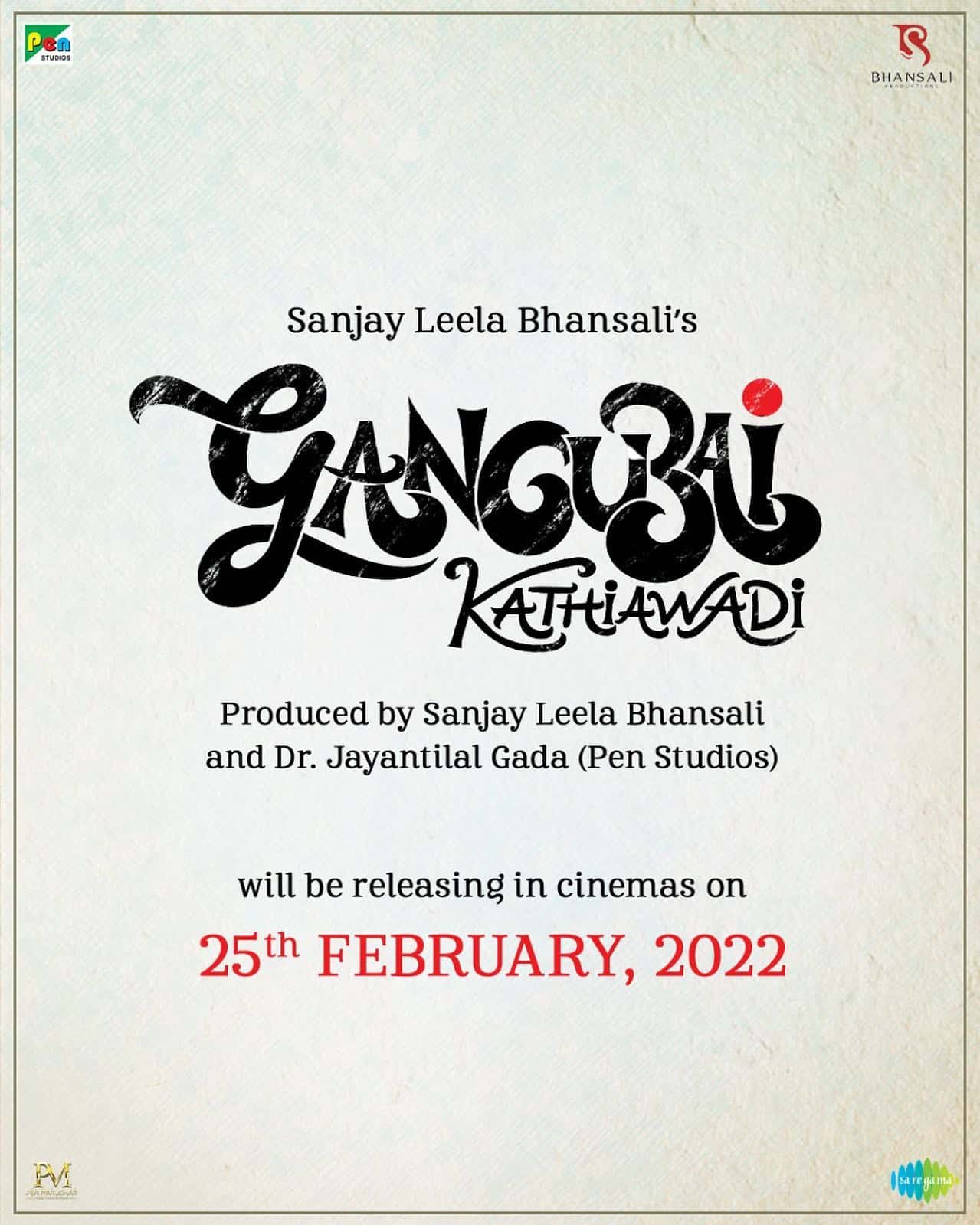 The long-awaited news of Alia Bhatt’s Gangubai Kathiawadi finally gets an update. In a massive surprise for the actress’s fans, the makers of the movie have officially announced that the biographical film Gangubai will release theatrically on February 25, 2022.

While making the announcement the makers said, “Witness her reign in cinemas near you on 25th February 2022 #GangubaiKathiawadi.” Now there is not even a month to experience the magic created by talented Alia and director Sanjay Leela Bhansali’s project.

As we know, Sanjay Leela Bhansali’s movies have extravagant visuals, classic costumes, and mesmerizing songs. And Alia Bhatt’s fans are thrilled to experience how Bhansali has made this film in his own style that’s larger than life.

Gangubai Kathiawadi was earlier scheduled to be released on January 6, 2022. However, owing to the sudden spike in COVID 19 cases, the theatrical release date of the movie was postponed by the makers. The film is adapted from a chapter of Hussain Zaidi’s book Mafia Queens of Mumbai about Ganga Harjivandas, where a girl is forced to embrace the gangster lifestyle in the red light area of Kamathipura.