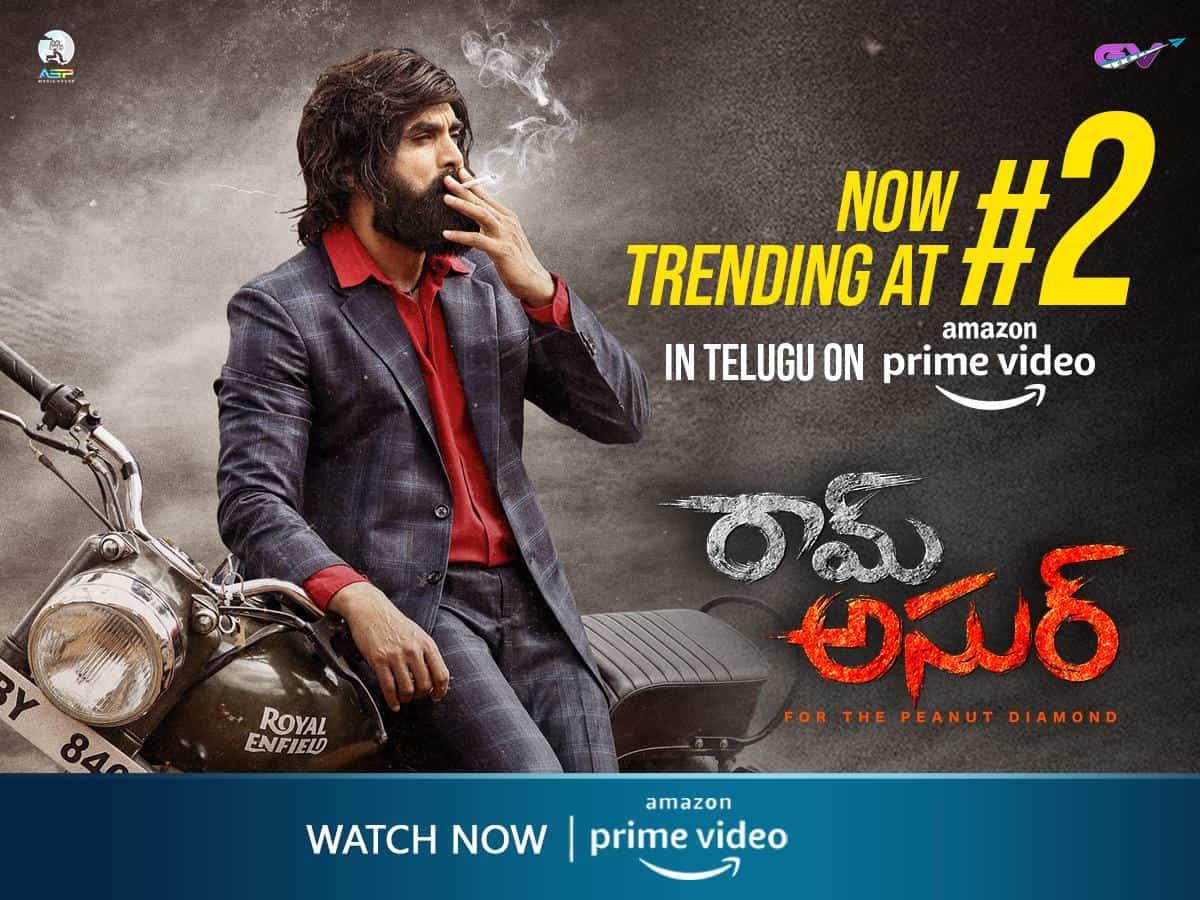 Hero Abhinav Sardhar was lauded for his exceptional performance. He has won appreciation for his makeover and his screen presence in a mass and action-packed role. Interestingly, he is being referred as Tollywood Yash by Telugu audience. This shows the kind of impact he created with his acting prowess in the film. On the other hand, Ram Karthik too impressed with his acting prowess.

Ram Asur was released on Amazon Prime as a Sankranthi treat. The movie has been getting exceptional response from the audience. Guess what, Ram Asur is the top one most viewed sci-fi genre film last week on Amazon Prime Video which is a great attainment for a small time movie and also it is second most viewed film in all Telugu Movies just one step away from Pushpa. Although it’s a small time film, the visuals looked grand with good technicalities.

Venkatesh Triparna who made this as a rural backdrop film on the subject of diamond has also produced the movie in association with Abhinav Sardhar under ASP Media House and GV Ideas as Production No.1. Chandini Tamilarasan and Sherry Agarwal played heroines, while Shaani Salmon appeared in an important role.

It’s a unique feat that the film that got exceptional response in theatres is getting same response on OTT platform as well which boosted confidence in the team to come up with novel ideas.