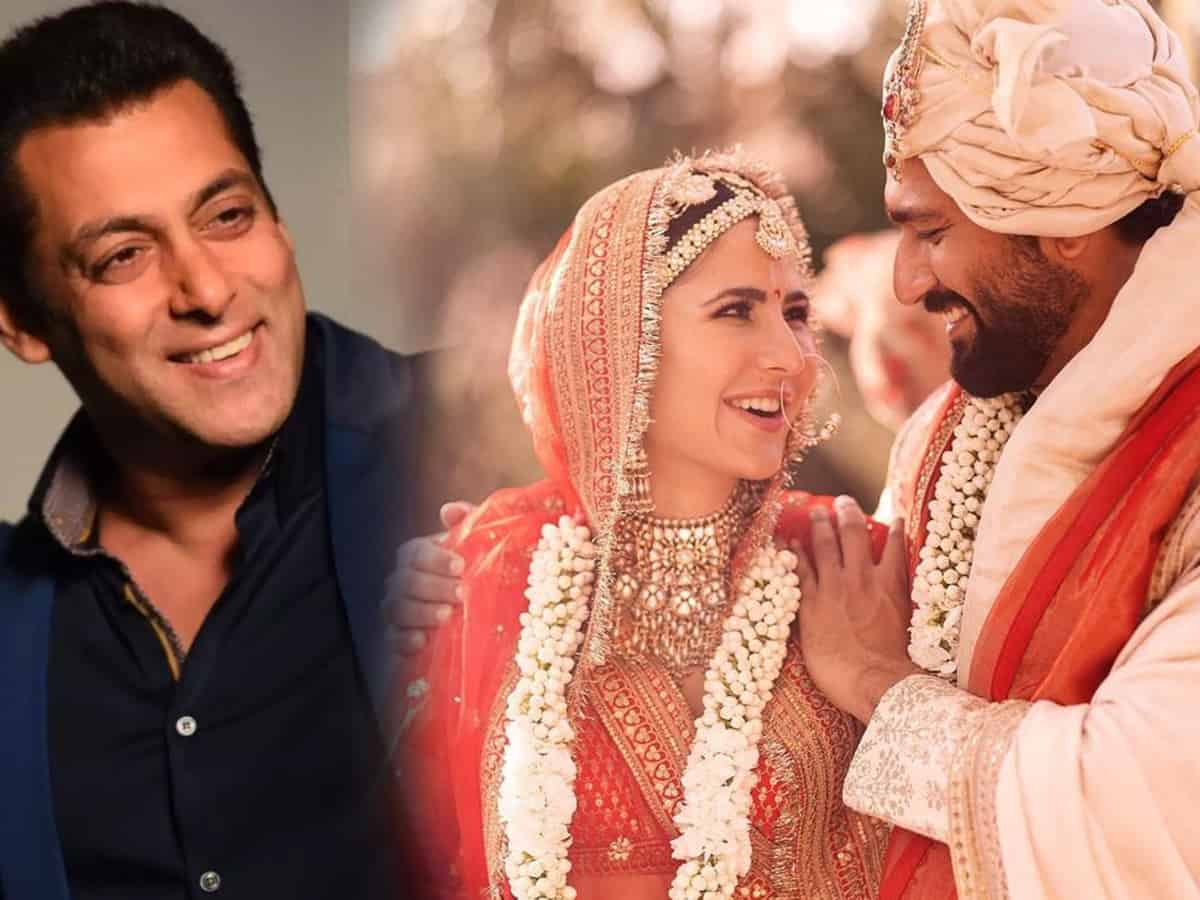 Bollywood superstar Salman Khan congratulated actress Katrina Kaif who recently got married to Vicky Kaushal and it was Salman’s first reaction. This incident happened in the grand finale of the popular reality show Bigg Boss.

In the finale episode, Shehnaz Gill, one of the contestants of 13th season of Bigg Boss, turned the host. Shehnaz was reportedly seeing Siddharth Shukla who passed away in September last year. Salman greeted Shehnaz with a tight hug and then both had fun banter.

After a performance on the song ‘Chikni Chameli,’ Shehnaz poked fun at Salman by saying, “India’s Katrina has now become Punjab’s Katrina since she is married now.” To this Salman replied that “Yes, she’s married to Vicky Kaushal. Everyone is happy.”

Then Shehnaz said, “Sir, you just remain happy” and Salman’s response was that he looks happy when he is single which he indirectly suggested that he is not seeing anyone.

When Katrina was new to the Bollywood industry, Salman befriended her. Then both began seeing each other even though publicly they never confirmed their relationship. Later Katrina dated Ranbir Kapoor and this relationship did not last long as well.