Did Radhe Shyam First Look Live Up To The Hype? 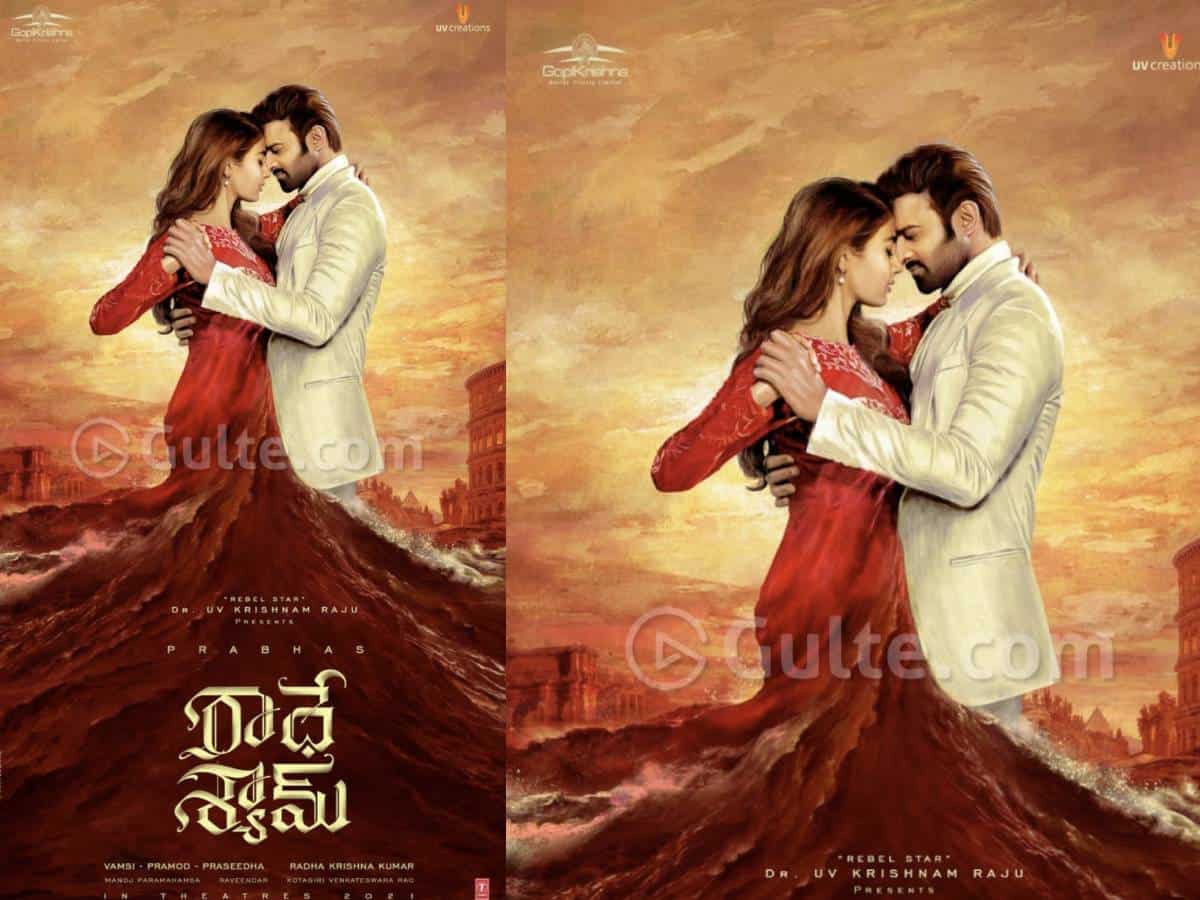 UV Creations was trolled and tweet-attacked by angry Prabhas fans many a time for not giving any updates about the much awaited movie #Prabhas20. The makers have finally made the title Radhe Shyam official on the day the iconic Baahubali: The Beginning completed five years of its release.

The first look of Radha (Pooja) and Shyam (Prabhas) also is revealed along with the title logo. There’s a lot going on in the background as Prabhas and Pooja are dancing intimately. Frankly speaking, the first look for a Pan India film is plain ordinary if not for those special touches like sea storm forming around the couple.

Pooja’s mermaid gown mixed into the background of the ocean is a nice design touch. We also see a colosseum in the background that suggests an epic love story set in Europe. There is a lot of red and orange in the backdrop suggesting that there will be a lot of struggle and fight for the couple to get together and when they are together. The lead pair looks regal and the poster design seems to leave a lot of clues about the plot, but is it worth the hype?

First look poster of Radhe Shyam has been receiving mixed response from fans as they expected it to be stunning, exciting, exceptional and above all, worth the long wait. Apparently, Director Radha Krishna Kumar and UV Creations downplayed it to build right expectations on the film by projecting it as a love story. Nevertheless, fans are making sure to trend it across social media platforms by creating new records in terms of number of posts and likes.