Buzz: Both The Nephews Banking On Pawan Kalyan 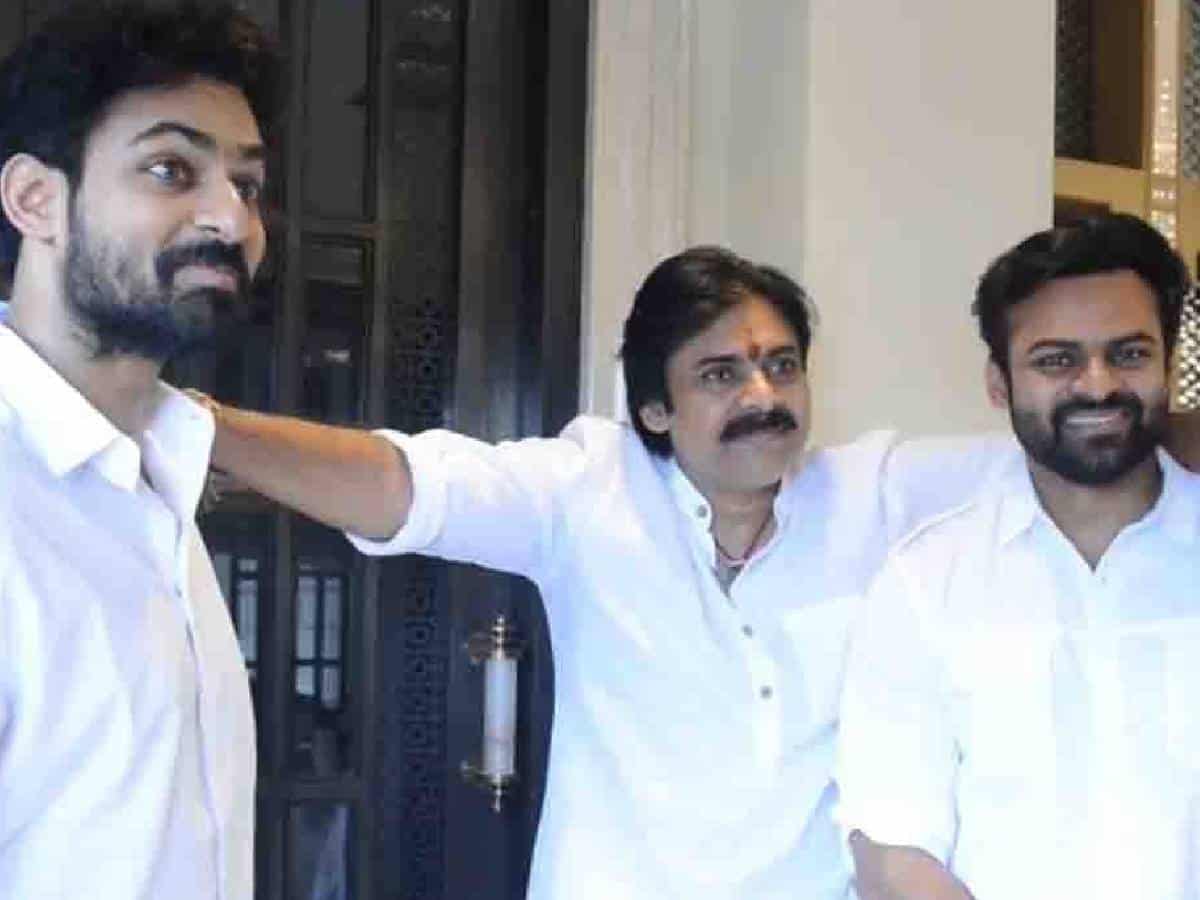 Amongst the mega heroes, already Ram Charan and Allu Arjun have reached a new stage in their careers where they are superstars who don’t need any other mega support for their existence. However, other mega heroes like Sai Dharam Tej and newcomer Vaishnav Tej are still struggling to get their feet right in the industry though the elder nephew already had some good hit films in his career.

Right now, Sai Dharam Tej is yet to come out of the closet after he met with the tragic bike accident before the release of his film Republic, which didn’t do well at the box office. And he is now getting ready to star in the remake of the Tamil film Vinodaya Sitham which will have Pawan Kalyan playing the role of a God. The film will be directed by Samuthirakani while Trivikram is penning the dialogues.

At the same time, a rumour is doing rounds that director Sudheer Varma has prepared a script for Vaishnav Tej which will have Pawan Kalyan in a guest role. Though PK is yet to give a nod for the project, it looks like both the nephews of Pawan are actually trying to get the Powerstar aboard such that they will have that aura of PK spread to them.

On the other hand, PK is said to be very happy to help his nephews and star in their movies, while fans are looking forward to see him team up with either Allu Arjun or Ram Charan soon.