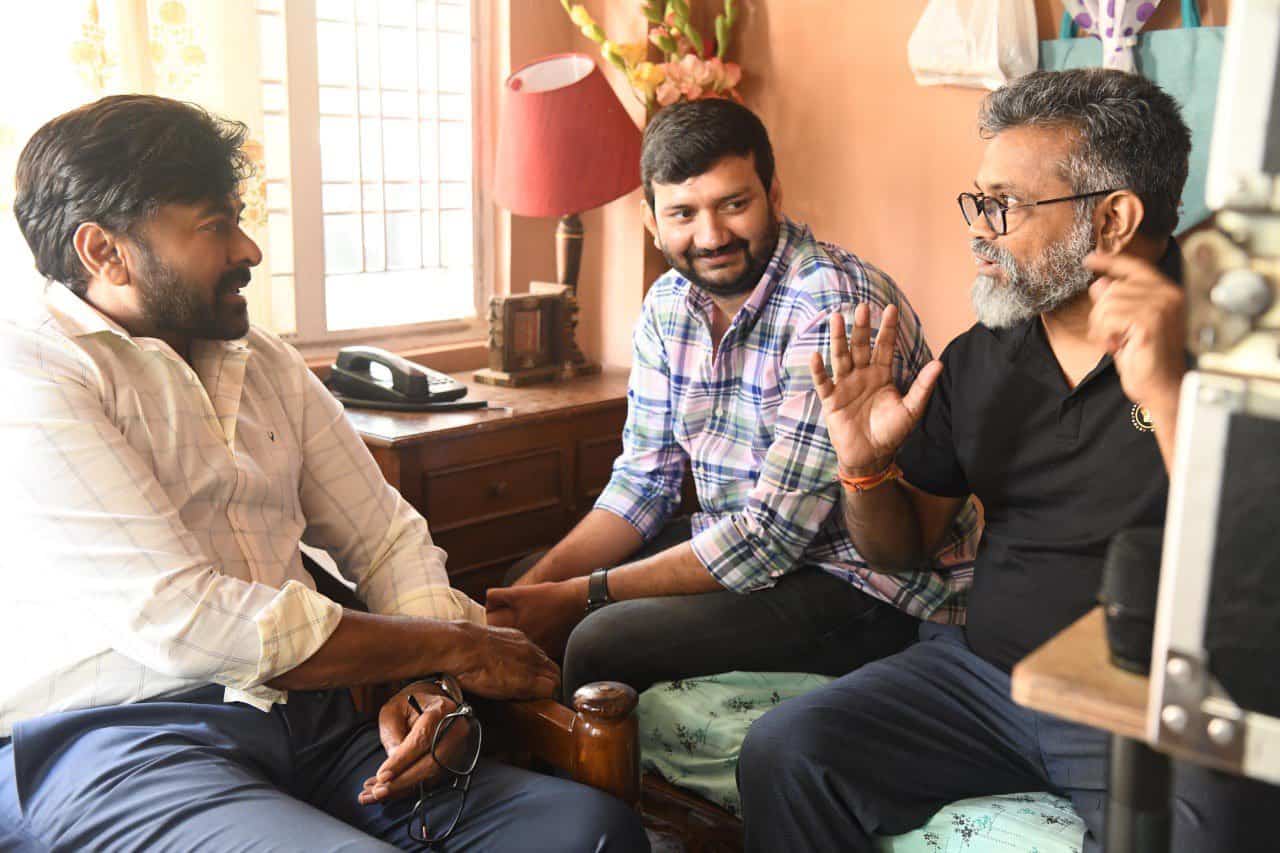 ​Back in February, Sukumar shared a picture with Megastar Chiranjeevi​ saying that his dream is coming true. Seeing the two favourites, fans were thrilled to know the details behind the collaboration. “Dream come true. Wielding megaphone for Megastar. Details very soon,” wrote Sukumar five weeks ago.

Just when everyone speculated it to be a film, Chiru shared the update today that he collaborated with ace director Sukumar for an ad film.  Chiru replaced Siri Vennela Seetharama Sastry and gave his prestigious time for an endorsement ad, by Subhagruha projects, a real estate company.

Earlier, the late Sirivennala was seen in its ads and now, Subhagruha Projects Private Limited has signed an endorsement agreement with the Megastar. The new ad has been directed by Sukumar. “Everyone knows Sukumar’s splendour. I really enjoyed today shooting for an ad film under his direction,” tweeted Chiru along with pictures. He further thanked Subhagruha team for giving him the opportunity.

The pictures show Chiru and Sukumar working together on sets. Meanwhile, Sukumar has a commitment to finish off the second part of ‘Pushpa’. Chiranjeevi, on the other hand, is all busy with three movies in the pipeline – Acharya, Bhola Shankar, and God Father.