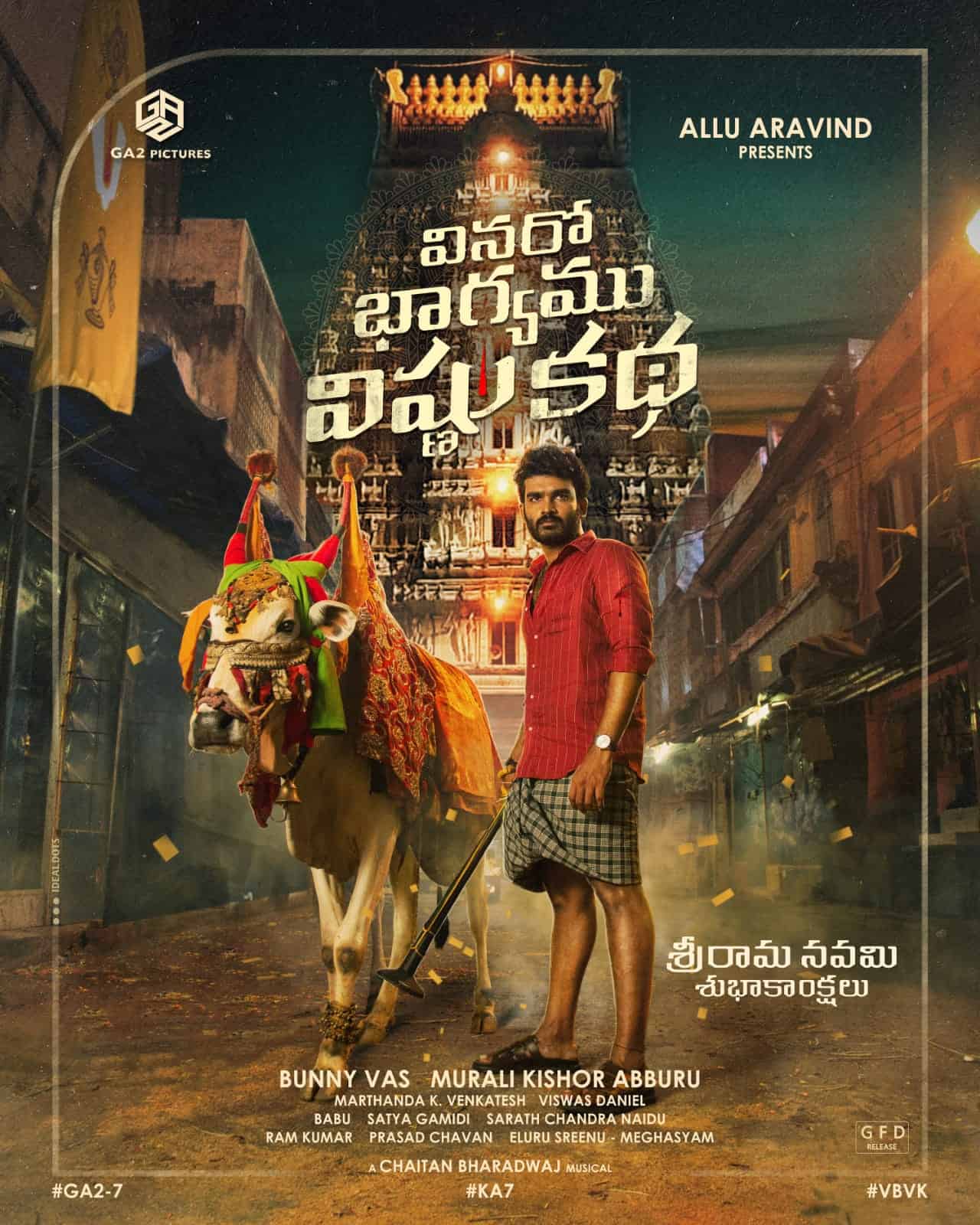 On the auspicious occasion of Sri Rama Navami today, the makers of young hero Kiran Abbavaram’s Vinaro Bhagyamu Vishnu Katha have unveiled a special poster of the film.

The Sri Rama Navami special poster has the right spirit and essence. Kiran is seen in a proper rugged look in the poster and the background adds to the aesthetics.

Kiran is seen in a proper village guy avatar in the poster as he sports a lungi and red shirt. He is seen with a Gangireddu by his side which is a symbolizing of Navami vibe.

Vinaro Bhagyamu Vishnu Katha is billed to be a rustic action drama. The film has Kiran Abbavaram in the lead role. Murali Kishore Abburu is directing the film and it is being funded by GA2 Pictures.