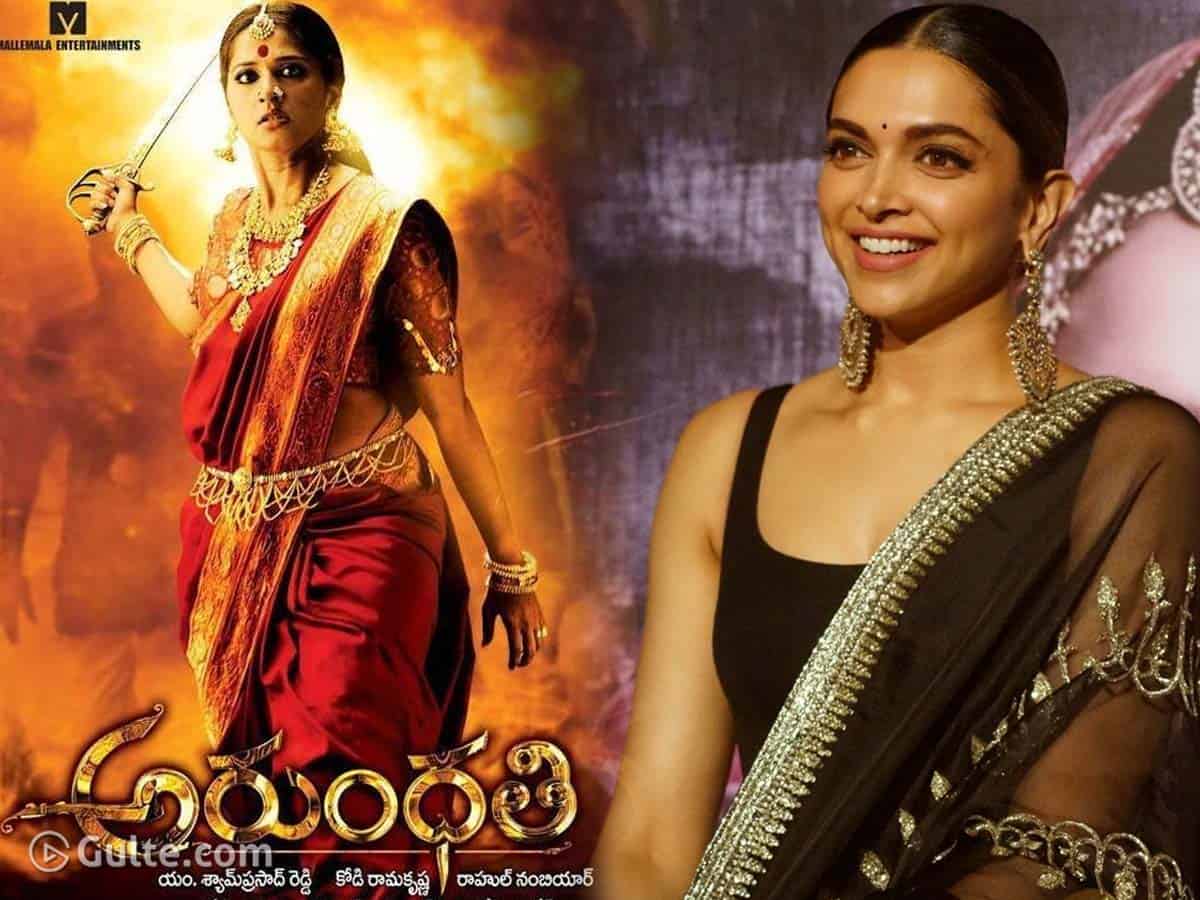 It is high time that Telugu Producers realised the potential of some of our films and how could they do well in Bollywood arena. After the super success of Arjun Reddy remake Kabir Singh, many small and big budgeted films are going Bollywood way. And here comes the second film of heroine Anushka Shetty to land there.

Producer Allu Arvind is once again trying his hand in Bollywood after a long time as he made Ghajini remake with Aamir Khan back then on Geetha Arts banner. Along with another partner Madhu Mantena, now Arvind is going to remake Anushka’s super hit film “Arundathi” in Hindi. Rumours are coming that the mega producer already approached Deepika Padukone to play the lead role.

After becoming a brand ambassador for ultra-glamorous skin shows on the silver screen, Anushka has for the first time shown her acting prowess with Arundathi. Directed by Kodi Ramakrishna, this horror thriller is high on visual effects and sound design. Back then it became quite tough to bring out this film, but now, the kind of cameras and VFX technicians could achieve better quality quite easily.

Meanwhile, Anushka’s other horror thriller Bhagmathie is also getting remade in Hindi as Durgavati. Directed by G Ashok who helmed the Telugu original, the film has Bhumi Pednekar reprising the role of Baahubali siren.