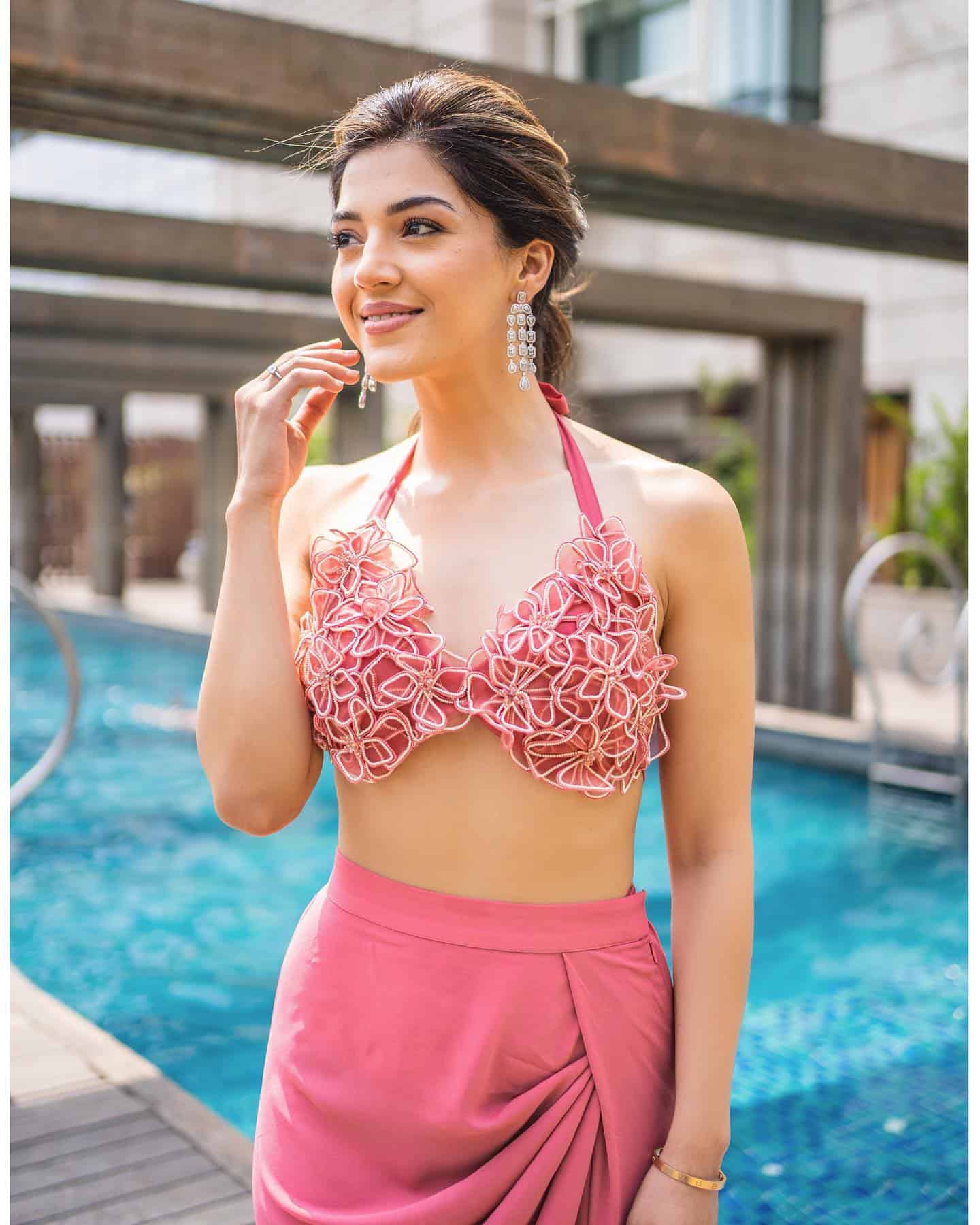 Though audiences are not happy with the kind of mass films that have stuck Tollywood in recent times including that of Megastar’s Acharya and Superstar’s Sarkaaru Vaari Paata, there is another film that might give a wholesome entertainment to all sections of the audience. That is none other than Anil Ravipudi’s F3 which features Venkatesh, Tamanna, Varun Tej and Mehreen in the leads.

As per reports, while the trailer has showcased only the comedy side of the film, the songs of the movie are going to be quite ravishing. They say that Tamanna’s terrific glamour treat is going to be a huge attraction in the movie.

Even though Mehreen also tried to up the glamour quotient, we hear that milky siren has dominated her big time. But then, Miss M has a big plan to dominate Miss T, and here is how it is going.

Other day, Mehreen shared some pictures of her before actually heading to a promotional event for F3 movie. No doubt, Mehreen’s top is the most talked about as the flowered creation resembled that of a bikini top in all aspects. No doubt, the pretty siren is trying to steal the attention of everyone, with her spiciest looks at these events.