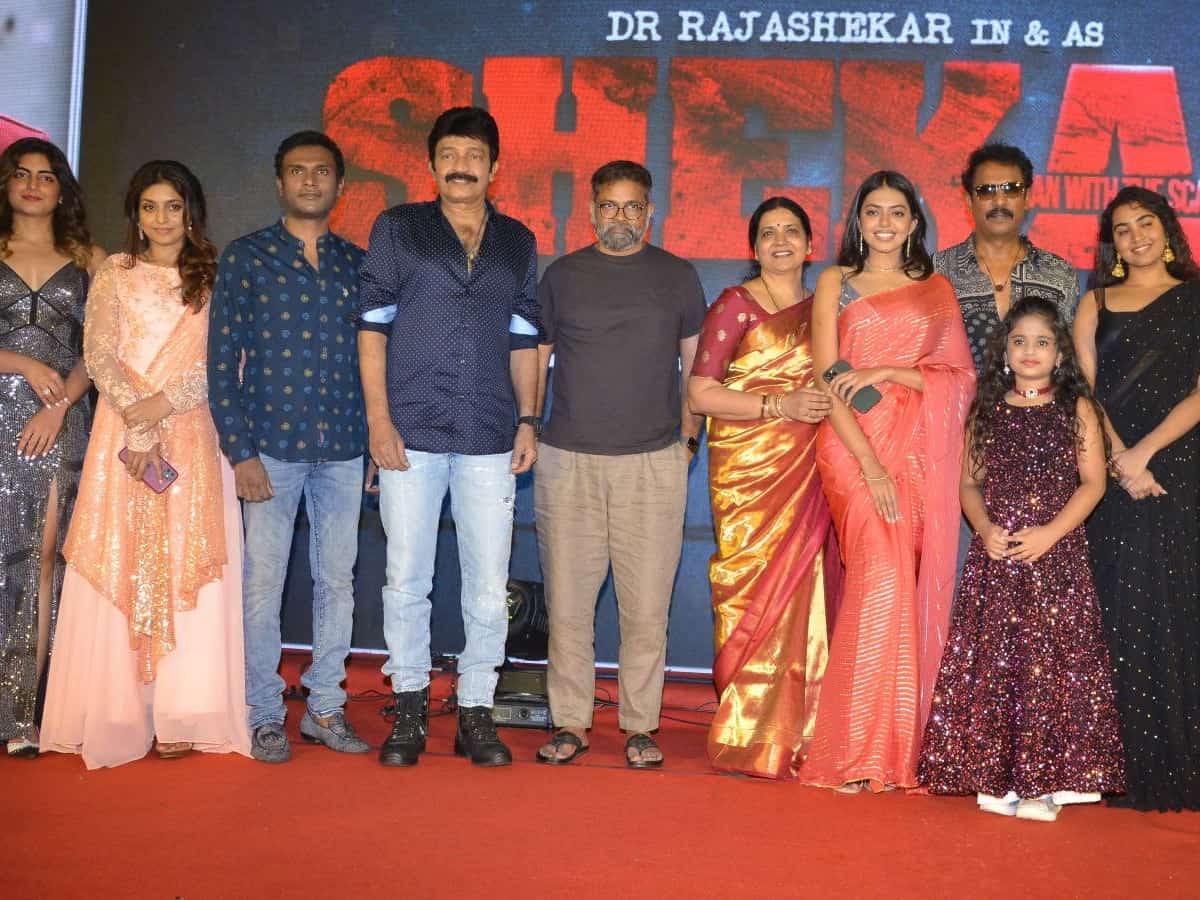 Directed by Jeevitha, Rajasekhar’s “Sekhar” is having a grand release tomorrow in the theatres. After a while, Dr Rajasekhar is coming back to the silver screen with this interesting remake. The actor’s daughters turned producers for this movie. Speaking at the pre-release event, Shivani Rajasekhar shared an emotional story about her father’s COVID struggle during the film’s shoot.

“When it was just 6 days far from Sekhar Shooting, he got covid because of me. I recovered just within three days, but my father went into a critical stage. It is a very bad time in my life as my debut movie was pending for release and my father was attacked with severe Covid. Many started blaming my horoscope also and made me doubt myself if I am bringing bad luck to my father. But even during those tough times, my father said I am not the reason for his covid and helped me to come out of depression.”

Expressing her love towards her father, she also crooned a father song and added that all the struggles they faced during Sekhar movie’s shoot time.

Also, she is expecting that her mother will make a successful comeback with this film, as a director. “Many people try to put down my mother by making few negative comments on her by saying she is the reason for my father’s career drop, but she will answer all those people with Sekhar movie,” said Sivani.