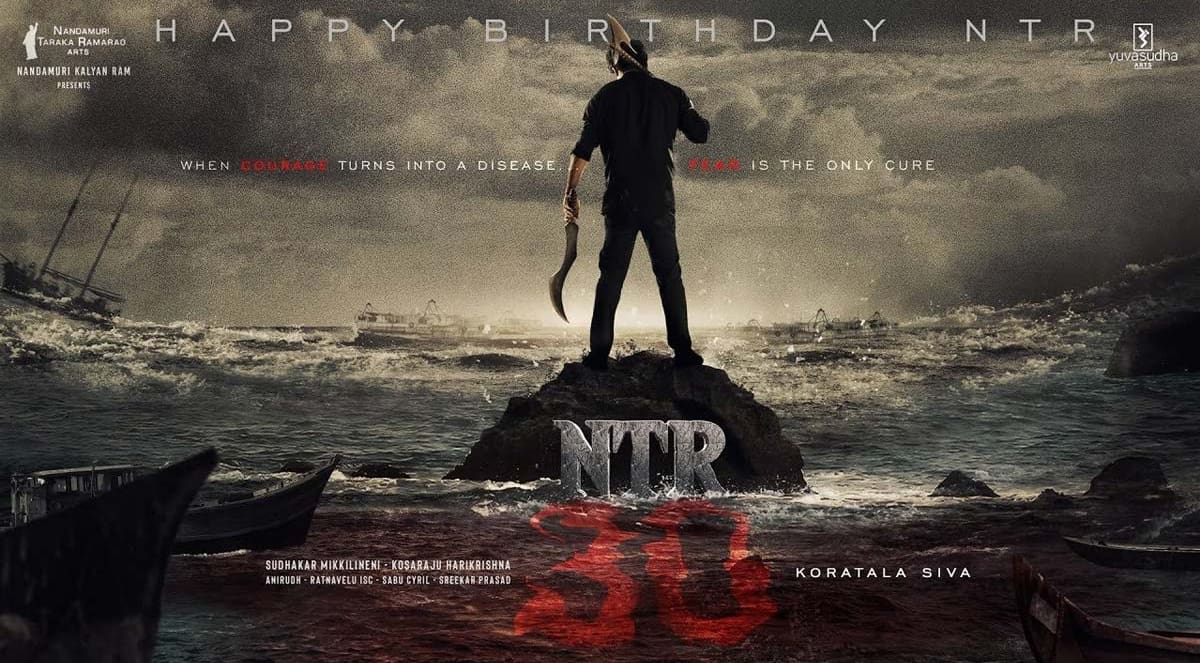 After listening to the dialogue uttered by Jr NTR in the motion poster of “NTR30” surely fans had their grand gala moment, but many audiences got surprised and confused by it.

To summarise in English, Koratala Siva says, “If courage turns out to be a disease, then fear is the biggest god”. Even the Telugu dialogue also lays emphasis on valuing fear than courage. Is this agreeable?

No God is greater than Fear is what Koratala Siva says through #NTR30 and one wonders why fear is getting highlighted that way in the name of courage in doing wrong things.

All the religious books including the likes of the Holy Bible say that ‘Faith is bigger and greater than Fear’, no matter what a man’s courage is like. When many film lovers, who happen to be believers of God, give such utmost importance to Faith, one wonders what that ‘new point’ Koratala wants to narrate on the screen by saying that Fear is bigger than Faith.

When Trivikram made a similar experiment with Mahesh Babu saying that God is in every human being, the message was confusing and disappointing, and the audience hasn’t connected with it.

One wonders if Koratala Siva is also trying to spin some other perspective that will be quite contrasting to the populist opinion. For now, Siva’s dialogue is not being agreed upon by many, and we have to see if he convinces with that inside the film.