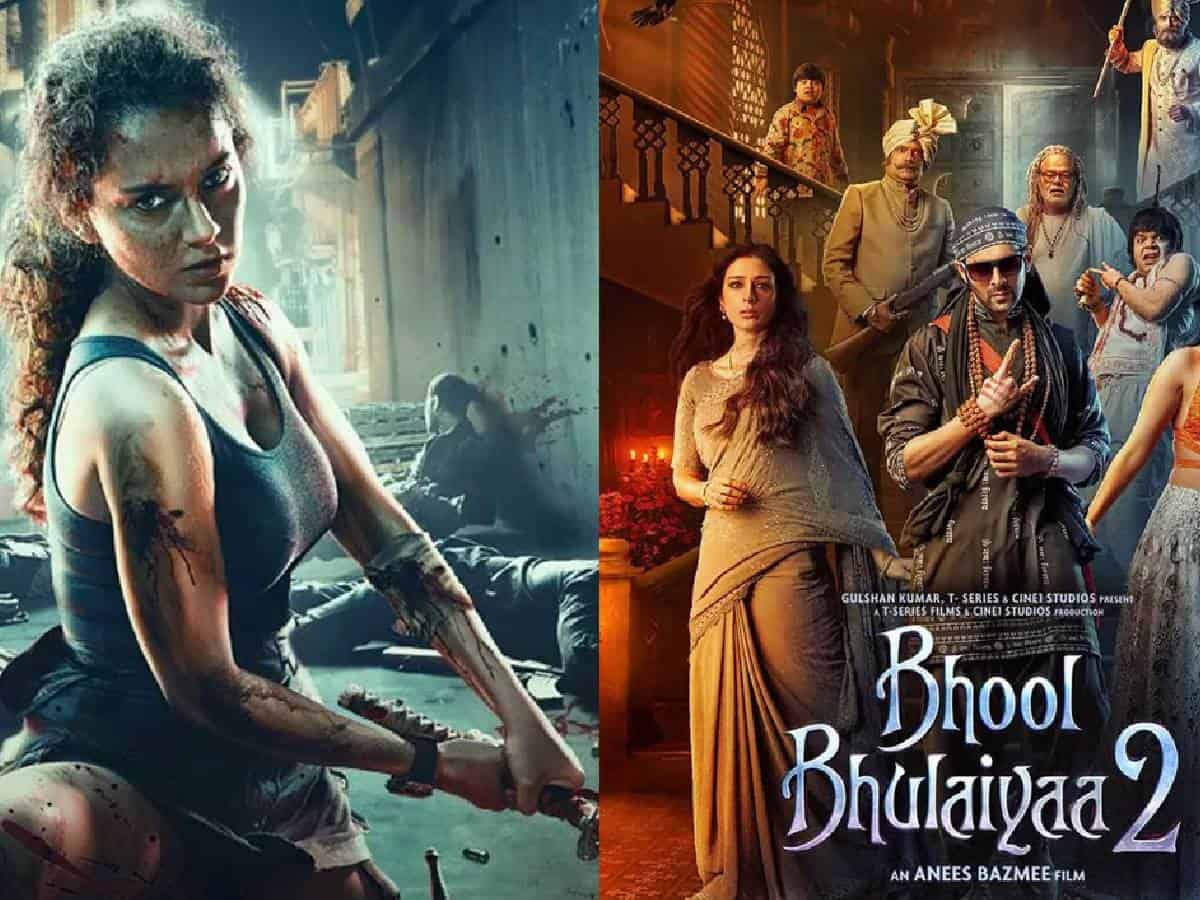 Bollywood is betting big on this Friday’s releases, Karthik Aryan’s Bhool Bulaiayya 2 and Kangana Ranaut’s Dhaakad. While BB2 witnessed huge footfalls in A centres due to the craze the hero is having, Kangana’s ample dose of glamour as Agent Agni has seen mass centres going gaga for the film. But here’s the twist.

The whole of Bollywood’s critics have split into two groups regarding these films and that exposed something to the audience as well. If we look into the detail, few critics have given almost 4-stars to BB2 and lifted the film to the sky, praising every aspect of the movie including Karthik’s presence, Tabu’s dual role and Kiara Advani’s glamour treat. And this bunch of critics has given only 1-star to Kangana’s Dhaakad, calling it a crass film that has no story and spine.

And the other bunch of critics has given almost 4-stars to Kangana’s movie, calling it a visual feast with slick action episodes, crazy visuals and stunning performances from the leading lady and villain Arjun Rampal. This bunch of critics then rated BB2 as an outdated horror comedy and resorted to giving only 2-stars. That made the whole of Bollywood media split into two groups, obviously supporting their favorite and killing the other movie with their reviews.

Guess what, all these critics are highly lauded media journalists with verified Twitter handles and own media entities. While their reviews used to have heavy impact on audience earlier, their biased views are now giving clarity to everyone that no long their views are genuine. Isn’t it?