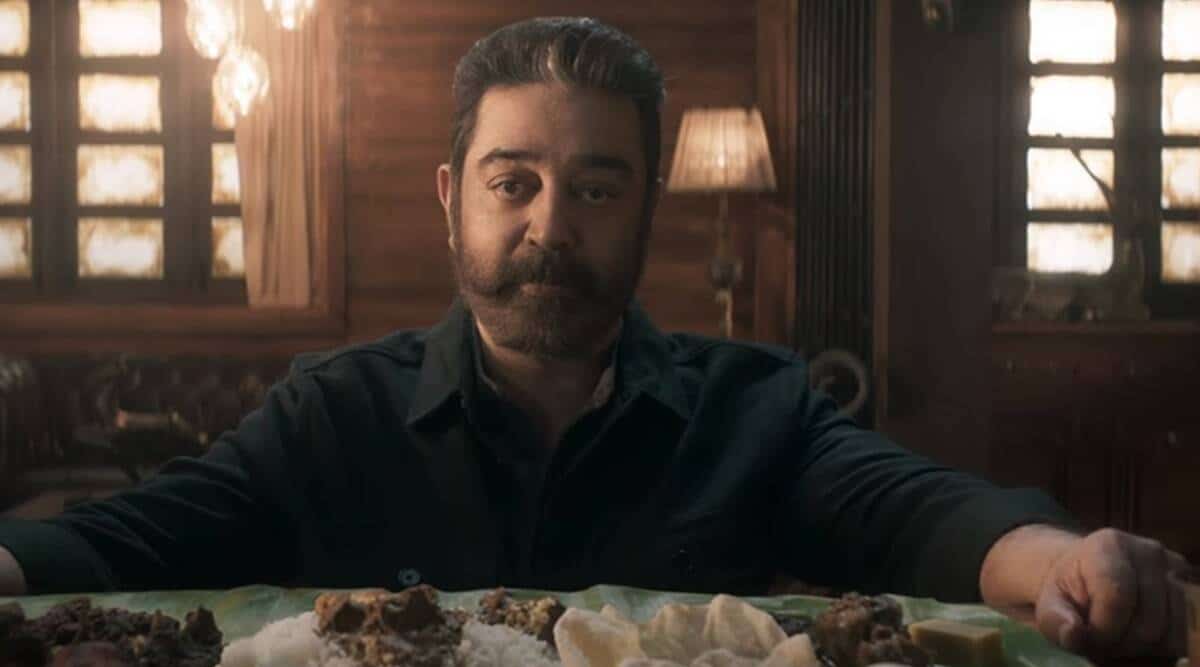 Kamal Haasan’s intense action entertainer Vikram directed by Lokesh Kanagaraj is due for release on June 3rd. The film’s theatrical trailer was released few days ago and the response is exceptional. The action-packed trailer spellbound movie buffs who are now waiting eagerly for the release.

Nithiin’s Sreshth Movies will be releasing the movie in Telugu states. Interim, Nithiin’s father went all the way to Chennai and both conversed about publicity of Vikram in Telugu. Reddy who gave Vikram poster to Kamal proposed to organize a massive event in Telugu and the latter accepted to grace it. Kamal indeed wanted huge promotions in Telugu. The event in Hyderabad will also see the presence of core team of Vikram.

Vijay Sethupathi and Fahadh Faasil played crucial roles in the movie that will see Suriya in a small yet mighty role.