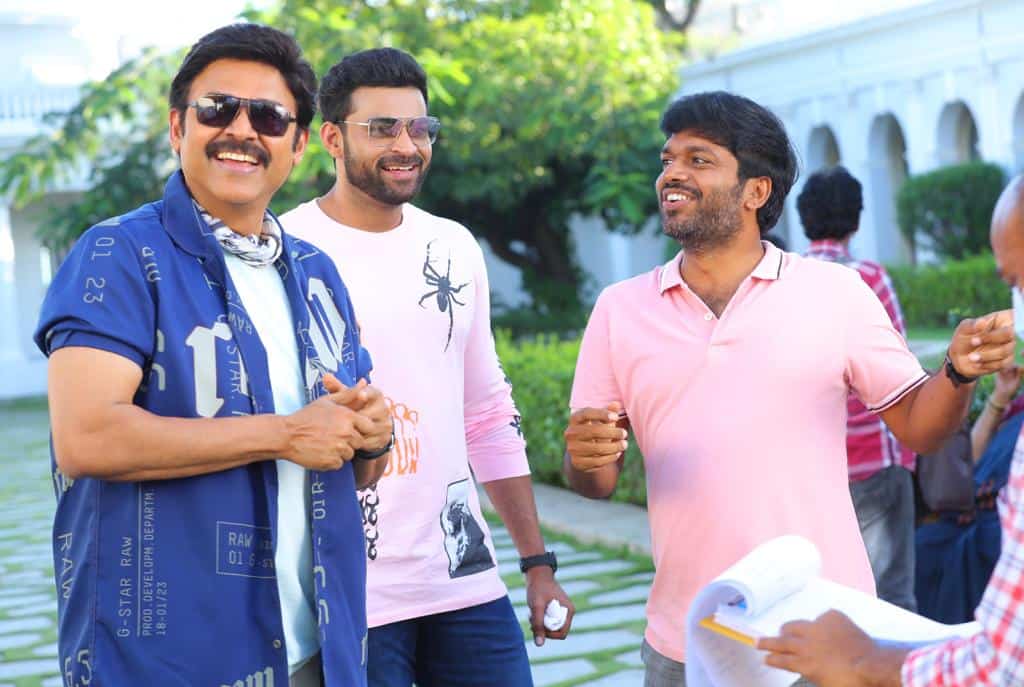 There were a lot of expectations riding on F3 for the last few days. The makers promised that it will be an ultimate fun ride that can appeal to all sections of the audience. Amid heavy anticipation, this comedy caper got released today across the world.

As promised, director Anil Ravipudi delivered a complete fun entertainer. It will be a laugh riot right from the beginning to the end. Meanwhile, Anil also incorporated many elements that can appeal to the fans of all heroes.

Apart from these sequences, Anil also wrote a few scenes that will satisfy Prabhas, Allu Arjun, Jr NTR, Mahesh Babu and Ram Charan fans as well. We get a chance to see the references of Prabhas from Baahubali, Allu Arjun from Pushpa, Jr NTR from Aravinda Sametha, Mahesh Babu from Sarileru Neekevvaru, Ram Charan from Rangasthalam/RRR, and Pawan Kalyan from Gabbar Singh/Vakeel Saab.

On the whole, the film will please all sections of fans and audiences for sure. Another winner from Anil Ravipudi.