Binge-Watch These Films This Weekend 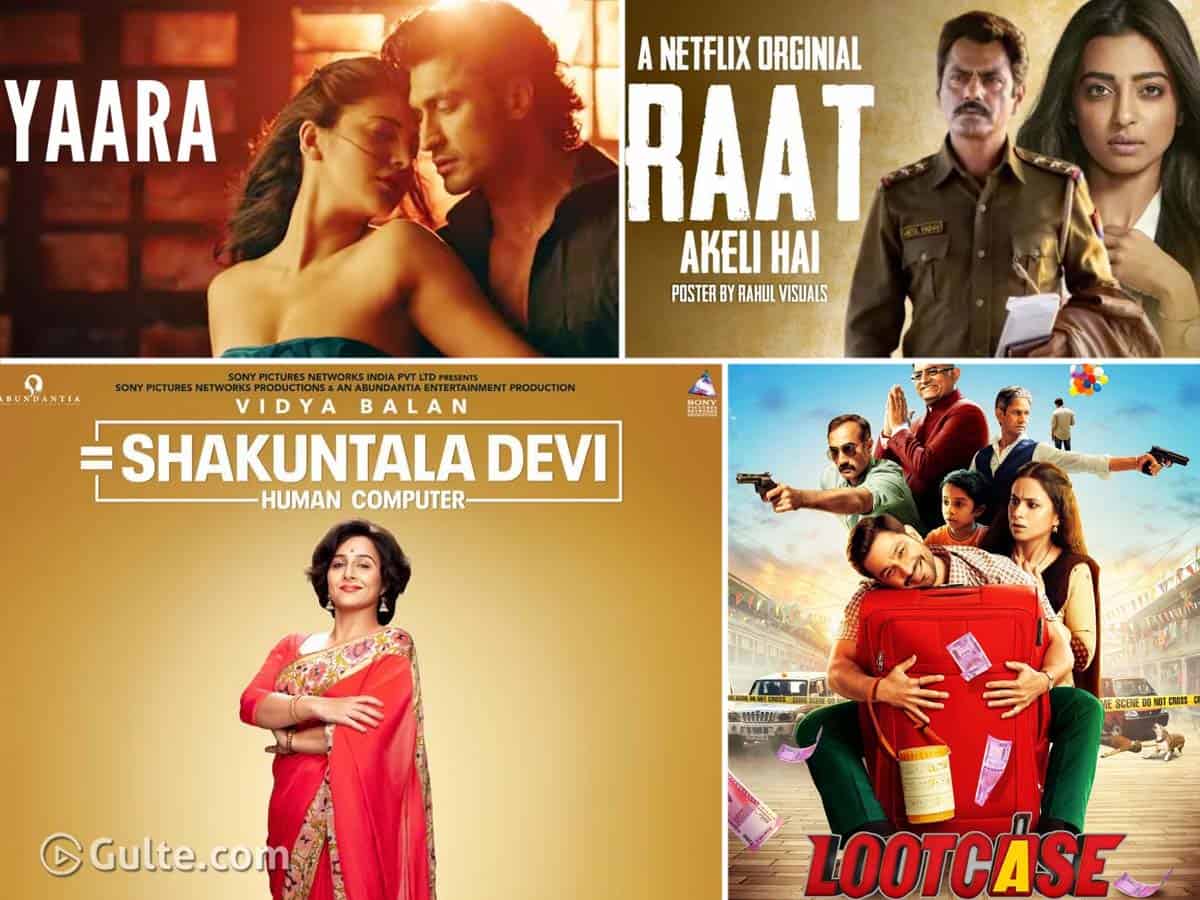 Month of July has almost come to an end. But while leaving, this month is going to give four big Bollywood films to binge-watch this weekend and it is high time that you choose what you want to watch.

Theatres might not open any soon and since lockdown, there haven’t been many films that released on OTT as well. Well, here are the films which are going to release on July 30 and 31.

Yaara: Starring Shruti Haasan, Vidyut Jamwal, Amit Sadh, and others in lead roles, Yaara is a crime drama that happens in between-group friends. This Hindi film is a crime drama directed by Tigmanshu Dhulia and will stream on Zee 5 from July 30.

Raat Akeli Hai: This film will stream on July 31 on Netflix. The story of the film is all about a newly married landlord is murdered, a misfit cop’s investigation is complicated by the victim’s secretive family and his own conflicted heart. Nawazuddin Siddiqui, and Radhika Apte plays the lead roles.

Shakuntala Devi: This film is a biopic on Shakuntala Devi, who was also known as ‘human computer’. The film stars Vidya Balan, Jisshu Sengupta, Sanya Malhotra, Amit Sadh and others in lead roles. The film is directed by Anu Menon and will stream on Amazon Prime Video from July 31. The trailer is already out and is a super hit