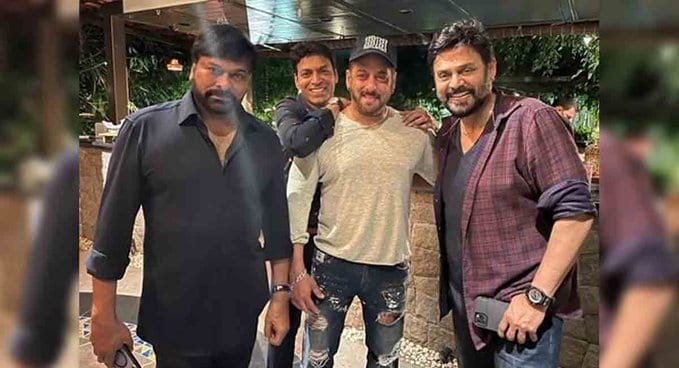 Earlier, Salman Khan and Kamal Haasan were spotted at Chiru’s residence where Chiru hosted a party for Vikram’s stupendous success. Looks like it is a party spree for Salman in Hyderabad who is having a blast with Tollywood star heroes.