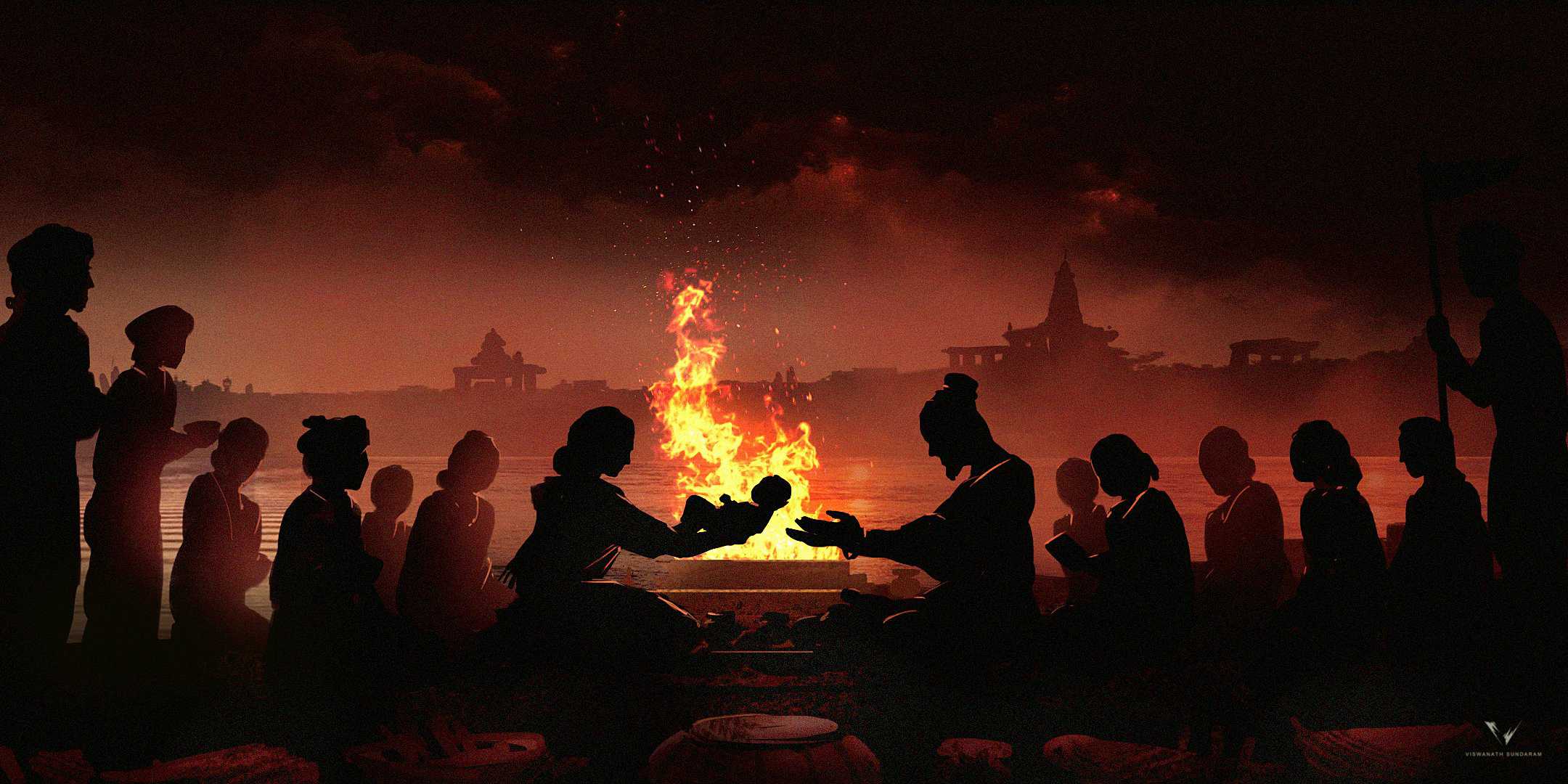 SS Rajamouli added another blockbuster to his kitty with his recent outing RRR. Starring Jr NTR and Ram Charan in the lead roles, this movie became an industry hit in Telugu and collected more than Rs.1000 crores across the world.

Meanwhile, a concept artist who worked for the film has recently shared one of the artworks he did for the movie. This concept art belongs to a deleted scene from the film.

The concept art of this scene looks epic and after watching the picture, one would definitely wonder why Rajamouli decided to chop this scene off from the movie. Only he could answer the question.

RRR featured Alia Bhatt, Ajay Devgn and Olivia Morris in the other important roles. MM Keeravani composed the music for it and DVV Danayya had bankrolled the project.