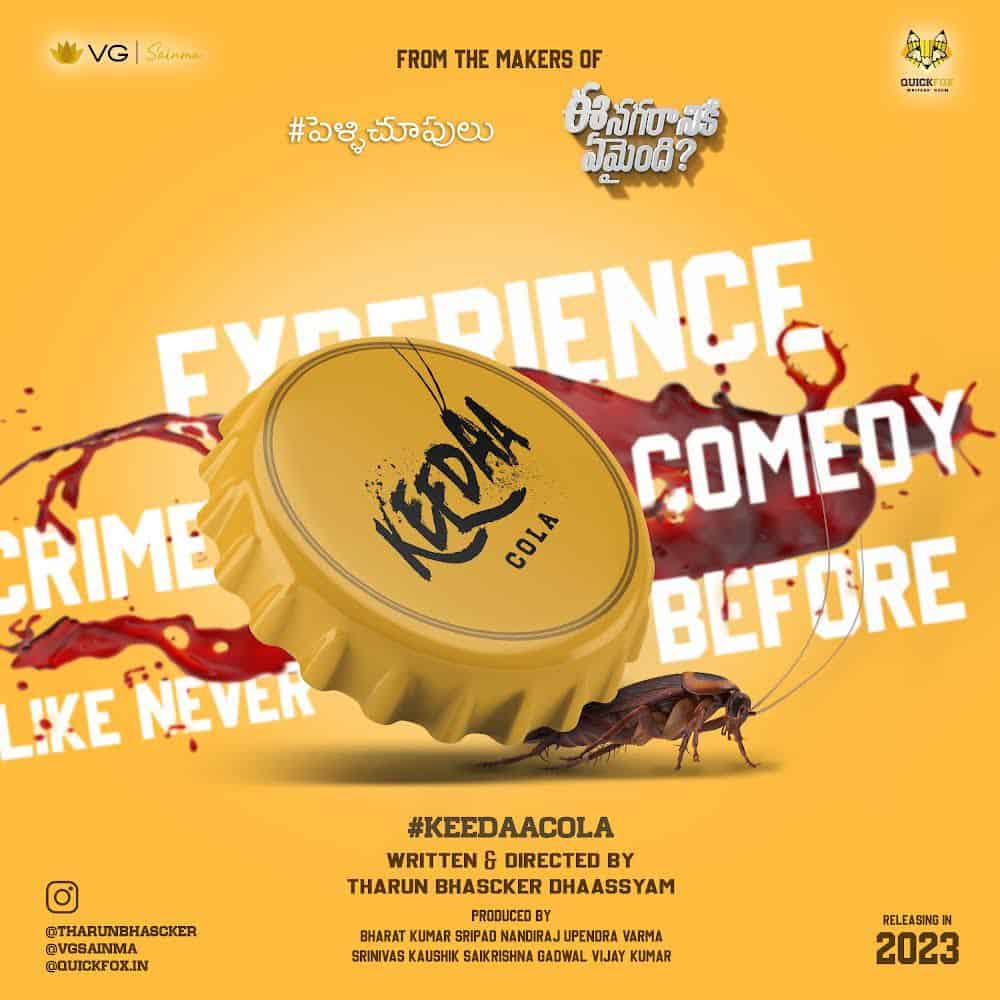 Director Tharun Bascker took long break from film direction, since he was busy with other assignments as writer, actor etc. The director has announced his third film today. He disclosed the title and genre of the movie to be made under VG Sainma.

The movie is titled as Keedaa Cola and it’s going to be a crime comedy. Of course, Tharun is an expert in making hilarious entertainers. But he is attempting a crime comedy for the first time. The announcement poster definitely is an attention-grabbing one.

What we see here are the Keedaa (a creature) and a Cola cap. Apparently, these two are the main objectives of the movie. The details of lead cast and crew of the movie will be out soon.

The makers have announced to release Keedaa Cola in 2023.