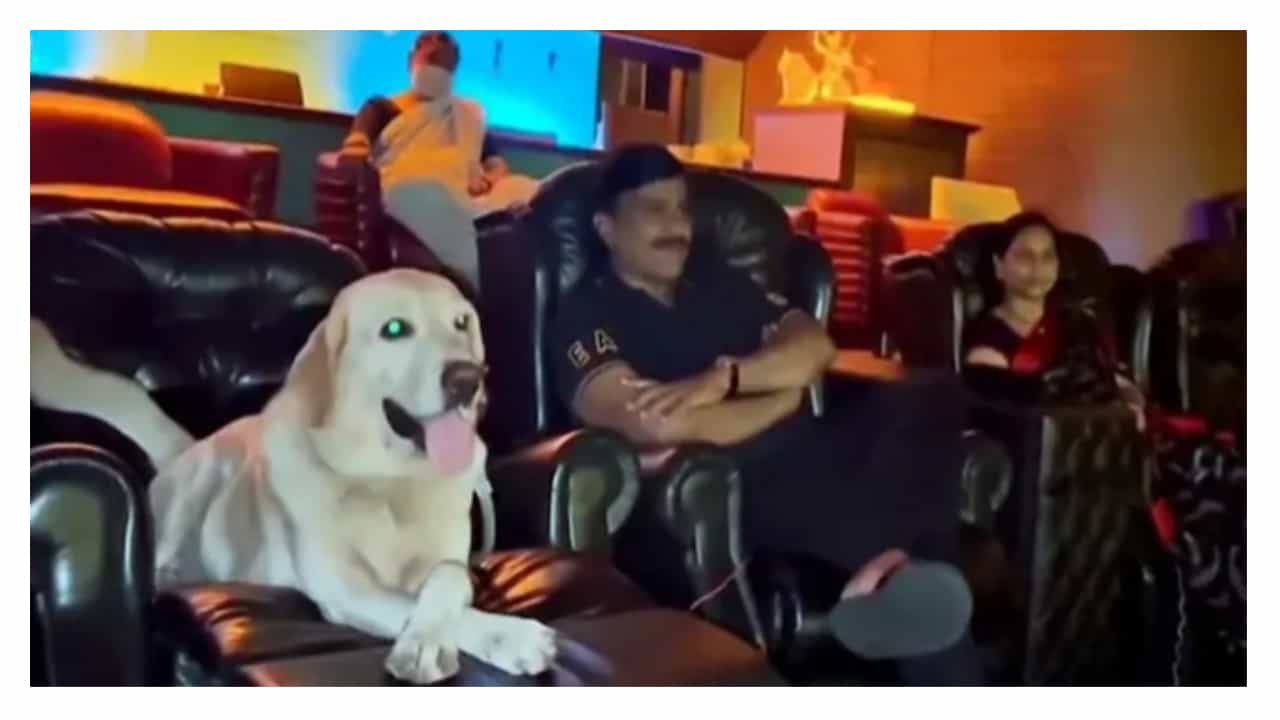 After his “One day CM” statement that became a hot topic in Karnataka politics a couple of days ago, former minister and controversial mining baron Gali Janardhana Reddy is back in news yet again. This photograph of Gali watching Sandalwood star Rakshit Shetty’s recently released emotional drama, 777 Charlie, has been going viral on social media since afternoon.

The photograph is said to have been captured while Gali and his family members watched a private screening of 777 Charlie in their home theatre along with their pet dog. 777 Charlie released a few days ago and it has been winning accolades for showcasing the emotional bond between a lovely factory labourer (Rakshit Shetty) and a stray labrador.

Around a week ago, photos and videos of Karnataka CM Basavaraj Bommai getting emotional and weeping after watching 777 Charlie in a special screening and remembering his beloved dead pet dog went viral on social media and left everyone touched.

In other news, Gali Janardhana Reddy is introducing his son Kireeti as an actor. Kireeti is currently shooting for his maiden film under Radha Krishna’s direction. Eega producer Sai Korrapati is producing the movie, which has its music composed by Devi Sri Prasad. Star director Rajamouli was the chief guest at the film’s launch that took place in March this year.