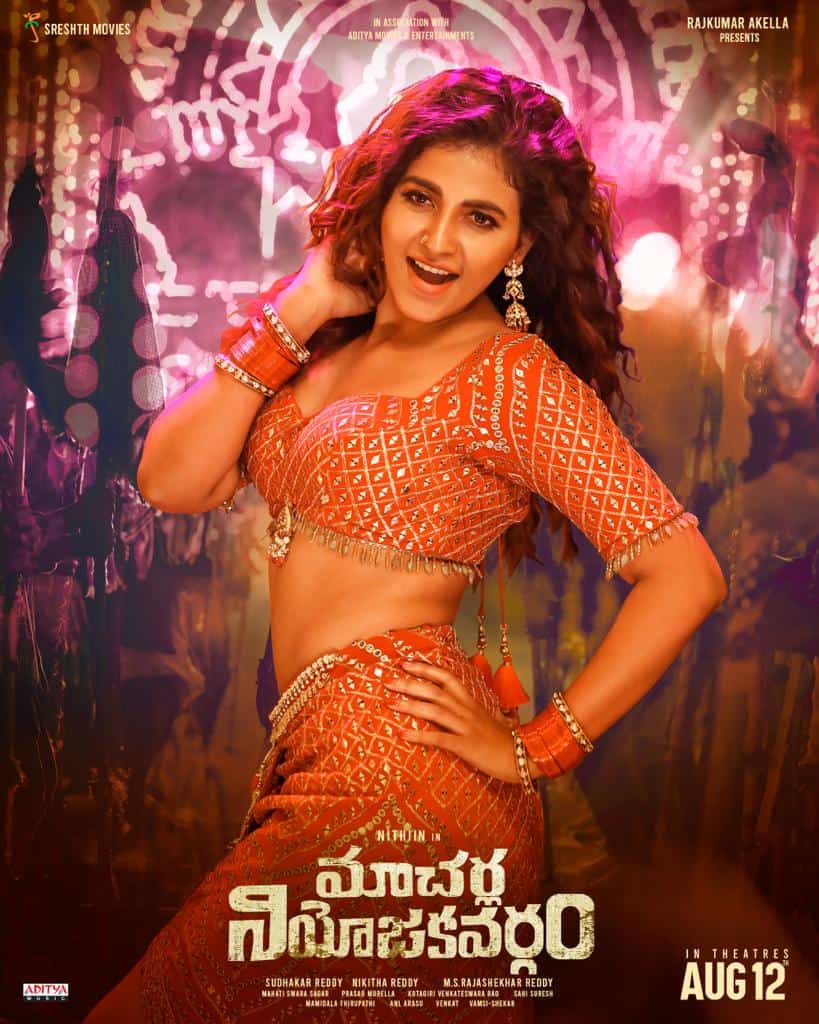 Nithiin’s mass action entertainer Macherla Niyojakavargam that will have political touch is gearing up for release on August 12th. Meanwhile, the team has kick-started the promotions and will be releasing promotional content frequently.

As part of it, they have released Anjali’s first look from the movie. Anjali is seen in a raunchy pose and she looks damn hot. She looks more vibrant than the lights in the background. Going by the poster, glamour feast is assured from her.

Krithi Shetty and Catherine Tresa are the heroines in the movie which is in last leg of shooting. MS Rajashekar Reddy is helming the project, while Nithiin’s father Sudhakar Reddy and his sister Nikitha Reddy together are producing it on Sreshth Movies banner.