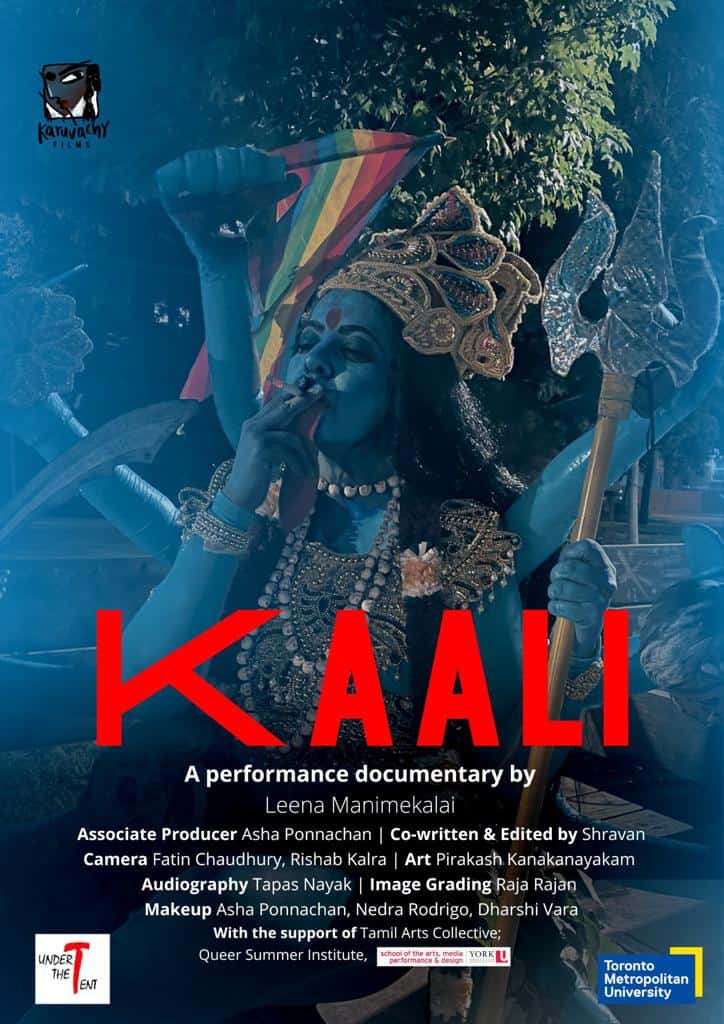 The Madurai-born filmmaker Leena Manimekalai has stepped into the biggest controversy with her tweet that marked a poster of her recent documentary.

A poster of her documentary film titled Kaali shows a woman dressed as the Hindu goddess, smoking a cigarette. The other noticeable thing is the background of this poster which implies a rainbow flag symbolizing the LGBT community.

Sharing this poster Leena took to her social account and wrote “Super thrilled to share the launch” of the film at the Aga Khan Museum as part of its “Rhythms of Canada” segment”.

However, with such a poster, Leena is facing a lot of negative comments on social media.

A complaint was also raised on this issue, to the Delhi Police.

Reacting to this, Home Ministry Ajay Gautam, who heads the “Gau Mahasabha”, has called for an FIR against the filmmaker and a ban on the film.

Responding to this, Leena wrote, “I have nothing to lose. I want to be with a voice that speaks without fear of anything until it is. If the price is my life, I will give it.”

Going negative with all her actions, Netizens are annoyed and are trolling her with the hashtag #ArrestLeenaManimekal on Twitter.