This Is Why Nayan & Vignesh’s Wedding Is Delayed 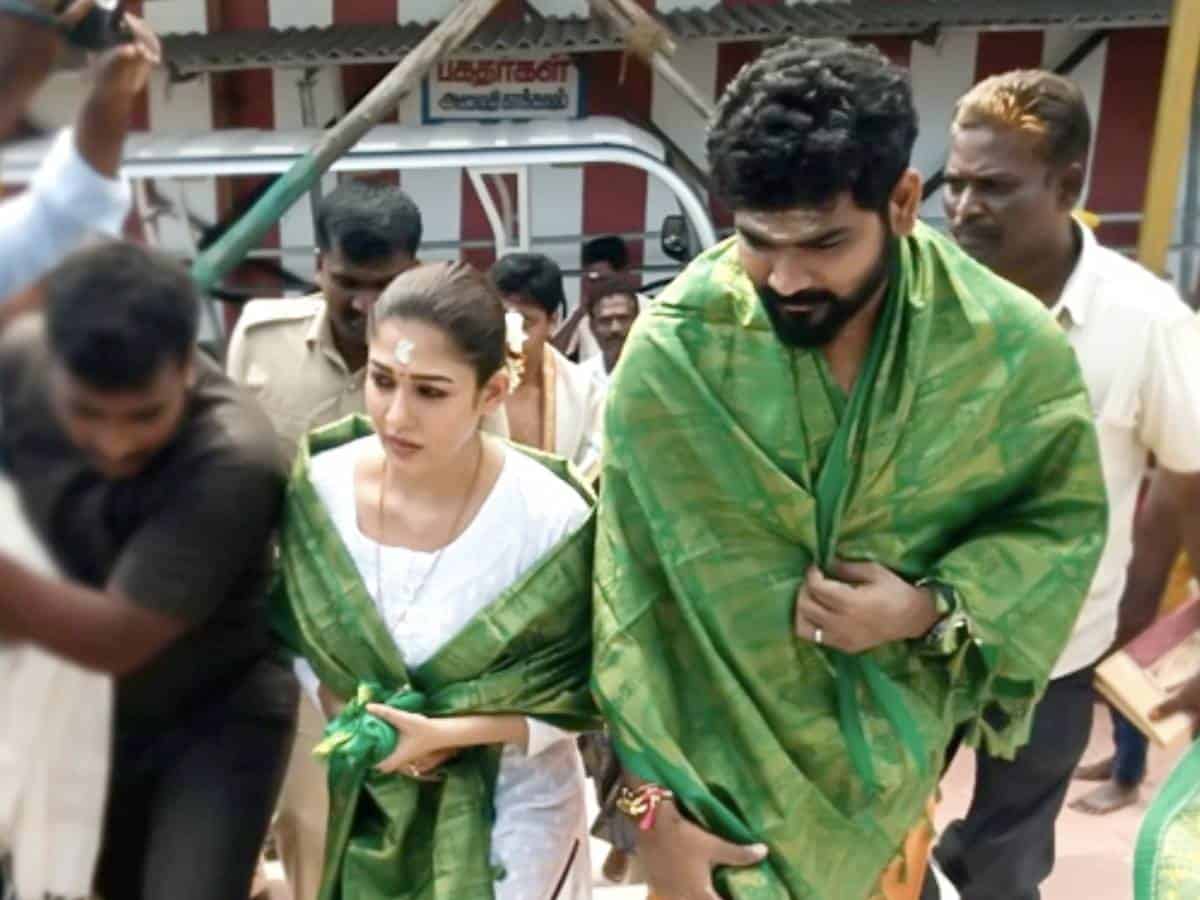 Nayanthara and Vignesh Shivan’s wedding is one of the most awaited weddings in film industry. The couple have been dating each other for more than four years now and all eyes are on them.

Earlier, there were reports that the couple would be getting married in December 2019. But it never happened. Later, it was said they decided to tie the knot in summer whereas COVID-19 has spoiled all their plans.

Now, the wedding news is back. Not many know that Nayanthara believes a lot in astrology. The couple has been visiting a lot of temples in the last one year. They are on the temple-going spree as an astrologer has asked them to do so. The only remaining temple the couple is yet to visit is the Lord Rahu temple in Thirunageswaram, Kumbakonam. So once the couple gets to visit this temple as well, they might make up some time to make their wedding official.

On the professional front, Nayanthara is busy with Mookuthi Amman, directed by RJ Balaji. The stills from the film were released sometime back and the actress stole the show. Her next big project is Rajinikanth’s Annaatthe, which is scheduled for release for Pongal 2021.

Also, she is part of her beau’s next directorial Kaathuvaakula Rendu Kaadhal in which Samantha Akkineni is playing an important character.