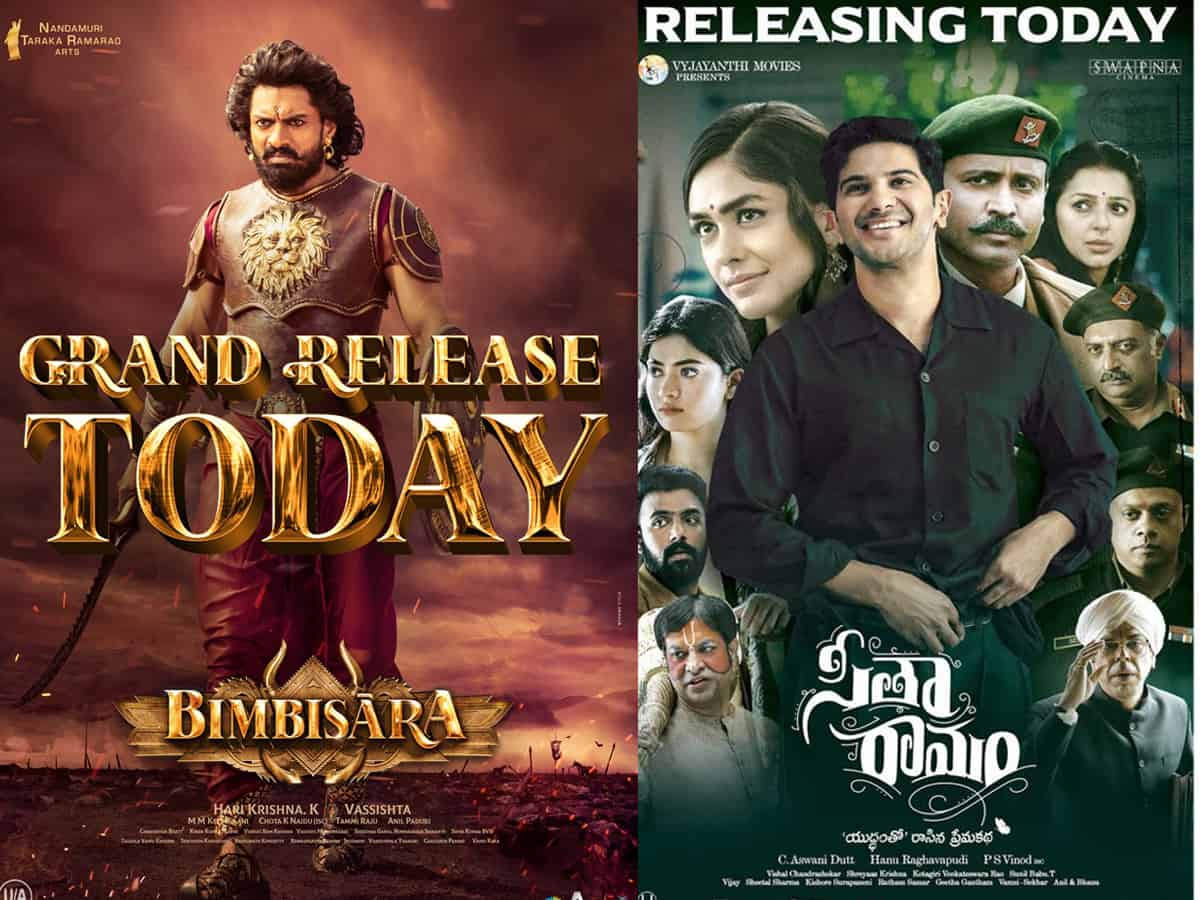 Last month has been a nightmare for the Telugu film industry with none of the films actually working out at the box office. All the releases have succumbed at the ticket windows as the audience rejected films like Pakka Commercial, Happy Birthday, The Warrior, Thank You, and Ramarao On Duty. After that cloudy moment, finally comes the sunny day as Tollywood is feeling pretty elated now.

With terrific promotions and heavy buzz generating around Kalyanram’s Bimbisara, the film has opened quite well. Especially in B&C centres, audiences are mushrooming outside theatres to get a ticket of this film. With positive word of mouth coming out, surely the film will be making pretty big at the counters in the first week as there is no other competition around.

Similarly in A centres and Multiplexes, the craze for Dulquer Salman and director Hanu Raghavapudi’s ability to create some stunning visuals has worked out big time in favour of Sitaramam. Already youths and college going folks are rushing to theatres to watch this classy love story and that will give a big boon to the film in no time.

Many theatres have finally got the chance after months to hold the “housefull” boards at the gates and that is a positive sign for sure.