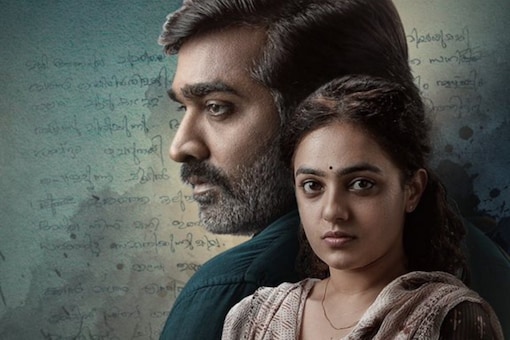 Continuing the trend of OTT premier releases, the latest one is ‘19(1)(a)’, actors with immense acting potentiality, Nithyamenon, and Vijay Sethupathy shared the screen together for the first time in their career, streaming on Disney+Hotstar, this social drama had a strong point to make, but does it able to transform that idea visually with the same intensity?? I doubt it.

Nithya Menon breathes into the life of this woman character who is just living the mundane life throughout, she makes the mundane appealing with her beautiful presence and natural performance. Vijay Sethupathy was good in the ‘Gaurishankar’ character, his role is been limited, but the director tried her best in utilizing his extended cameo throughout the movie.

The disappointing thing about the movie is its sluggishly paced drama, the slowed nature was good in the initial portions but once the main concept of the movie started to unveil it began to become limp, and we began to experience boredom, there is an important reveal in the climax but by the time we reach there, we will just be exhausted like anything, so we just can’t emotionally get attached to those moments.

Director Indhu VS had a good concept in her hands, and the political point she wanted to make is necessary in these times, had if she taken more care in writing the somewhat compelling script, the visual result would’ve been much better, she starts the movie on a very good note, the establishment of the simplest world of Nithya menon’s character was just beautiful, we will get a feeling we’re into a simple yet profound drama there, but as the movie reaches to its core, the director couldn’t able pull the right emotional strings from the drama with the subtle storytelling she continued till then, we feel the movie is getting repetitive with its initial moments, and every conflict passes just as an information filler without really affecting our emotions.

Technically movie was good, the cinematography by Madhesh Madhavan was appealing, and the nature’s visuals and the Colour tone give a rich feel to this minimalistic drama. Editing by Manoj and Vijay Shankar is perfect, with a runtime of just 1hr50mins, the editors tried their best to keep the movie on point. Music by Govind Vasanta was not impressive this time, it couldn’t help to simply feel the proceedings let alone elevate them, the bgm felt like a cliched melodramatic score.

Verdict:
Overall, 19(1)(a) is a case of having strong point to make with a weak script, there is something engaging about realism that the Director sadly couldn’t grasp here, and the subtle nature of the movie deserved better drama to move us.