Sonam Kapoor Says Her Brothers Slept With All Her Friends 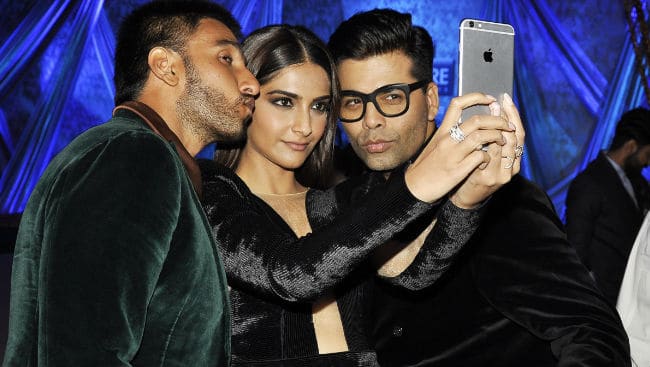 The promo of the next episode of Koffee With Karan Season 7 is going to be another shocker for the onlookers as this time host Karan Johar got two explosive candidates. They are none other than brother and sister, Arjun Kapoor and Sonam Kapoor. Despite being pregnant, Sonam made sure to turn up on the couch, but only to speak as explosively as possible.

In fact, with many of Sonam Kapoor’s friends dating her cousin Arjun Kapoor as well as her own brother Harshvardhan Kapoor, KJo asked her regarding the number of her friends with whom Arjun has slept. Talking about it, Sonam said, “There is no one left between my brothers”.

Laughing at it, Karan asked Arjun, ‘What kind of a brother you are?’, to which Arjun pointed at Sonam, asking her “What kind of a sister are you, trolling me like this on the show?”. Well, for now, Arjun Kapoor seems to be in a relationship only with Malaika Arora and KJo tried to bring out the best about it. Even during the intro, he stated that there are ‘S&M’ on the couch, indicating that it is Sonam and Malaika are there instead of reading it as Arjun Kapoor.

Meanwhile, Sonam Kapoor continued her jokes about Ranbir Kapoor, and if one could remember she called him a playboy and cheater on this show in the previous seasons.