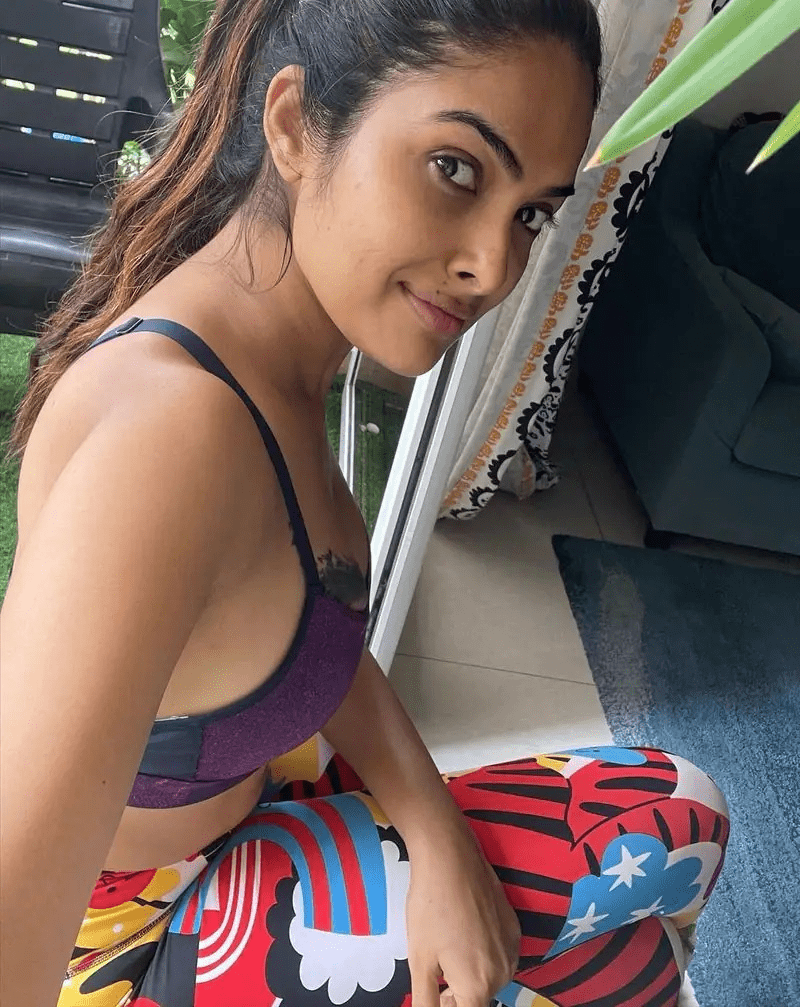 After making an appearance in Bigg Boss, Divi Vadthya has got a tremendous applause for her good looks and she was showered with loads of offers once she is out of the reality show. Since then she is trying to make her presence felt, but somehow her films and private songs didn’t work.

All said and done, Divi makes sure to enthrall her fans with some spicy treats these days as she flaunts her curvaceous looks most effortlessly. Today the actress shared how she actually works out the yoga part of her life.

Slipping into a sports bra and tight floral pants, she posed from the balcony of her apartment quite spicily. No doubt, this Telugu hottie needs more chances to shine on the screen, and these explosive pics are proof of that.

On the work front, Divi was recently seen in a web series Maa Neella Tank. She has been roped in for another web series ATM to be helmed by Harish Shankar. Apparently, she is in talks with 2-3 films at the moment.

All it takes is one blockbuster result such that fate will be changed overnight and that will make Divi the first girl from Telugu Bigg Boss to make it big in the film industry. Let’s see what happens over time.