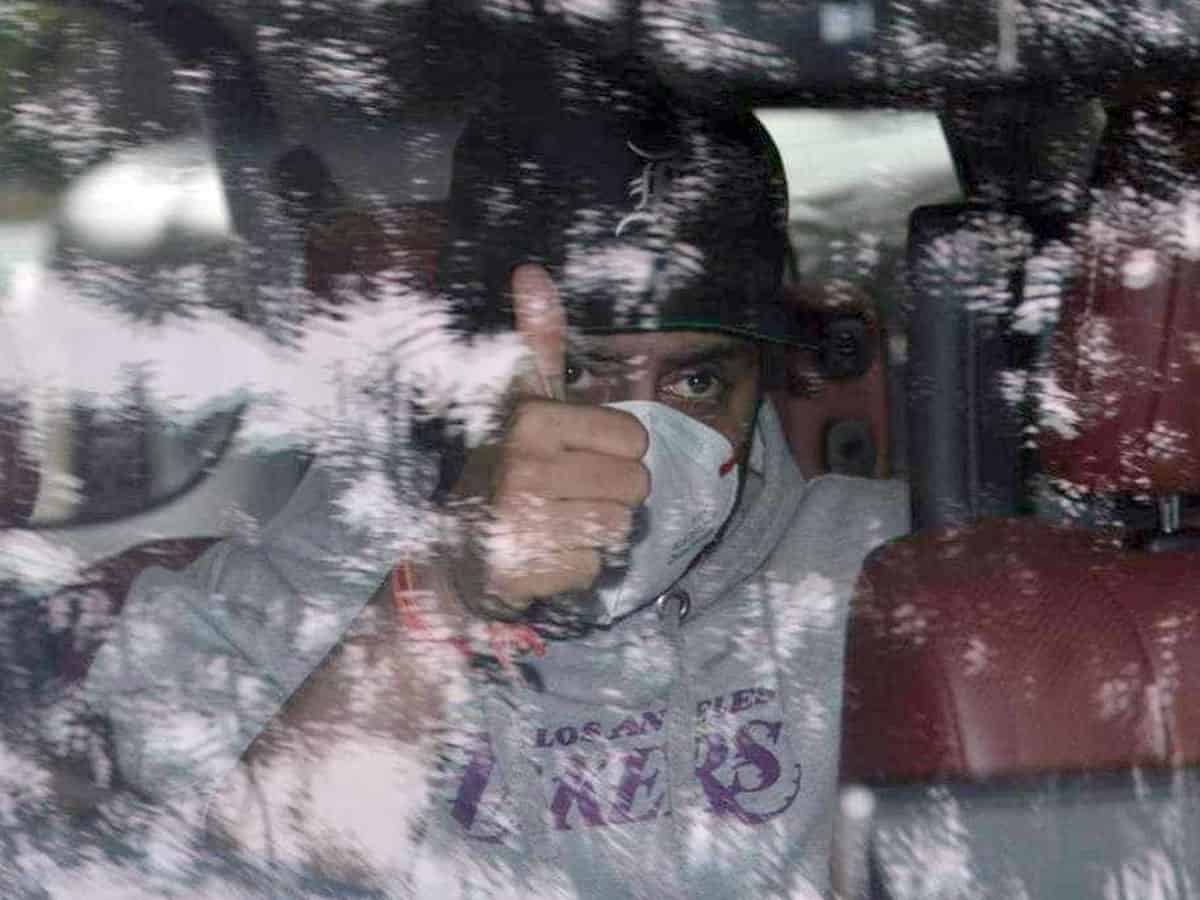 Bollywood actor Abhishek Bachchan recovered from Covid-19 and got discharged from Nanavati Hospital in Mumbai. On Saturday, his samples tested negative for Coronavirus and he was let out from the hospital. He took to social media and announced that, “A promise is a promise. This afternoon I tested Covid-19 NEGATIVE!!! I told you guys I’d beat this.”

He thanked his fans and followers for their wishes and prayers, both for him and his family. At the same time, he also expressed gratitude to the doctors and staff of Nanavati Hospital for their services.

Recently, Abhishek’s entire family, except his mother Jaya Bachchan , tested positive for Covid-19. Initially, Bollywood Megastar Amitabh Bachchan tested positive and soon, his son Abhishek too was found to have contracted the virus. The dad-son duo got admitted to Nanavati Hospital in Mumbai.

The next day, Abhishek’s wife and Bollywood actress, Aishwarya Rai Bachchan, who is also former Miss India, and their daughter Aaradhya too tested positive. Then it was planned that the mom-daughter duo would go for home quarantine but later, they too got admitted to Nanavati.

However, Aishwarya and Aaradhya got discharged before Big B and Abhishek. Later, senior Bachchan was sent home last Sunday. After a week of Amitabh’s homecoming, his son also reached home and Big B welcomed him. All of them got admitted to hospital in July.